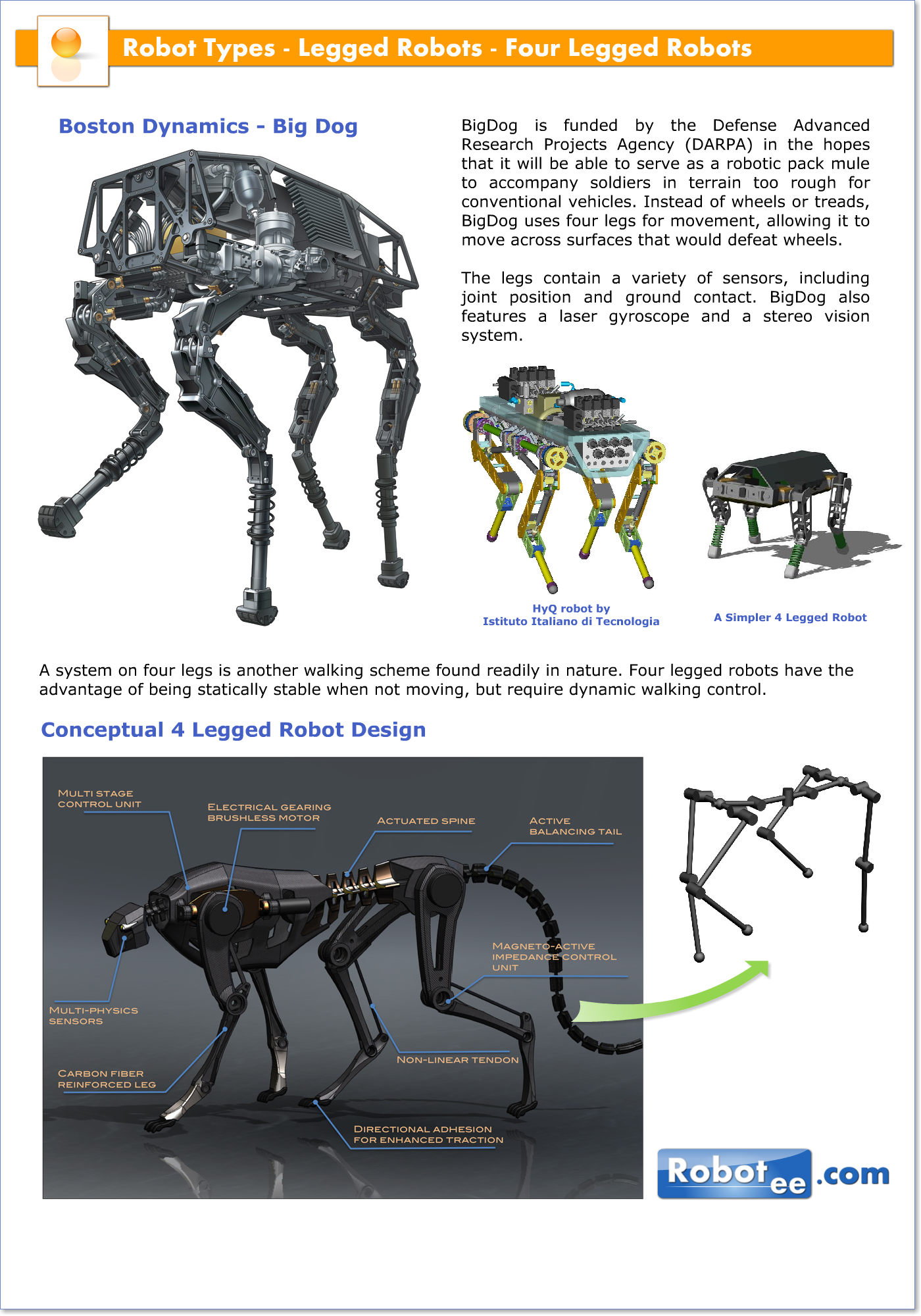 Boston Dynamics has developed a four legged robot for DARPA (Defense Advanced Research Projects Agency) called “Big Dog,” that they claim is “the most advanced quadruped robot on earth.” Big Dog can run at four miles per hour, climb thirty five degree slopes, and carry 340 pounds. But the most impressive feature is its dynamic walking: Big Dog can recover from slipping and even being pushed. Its behavior is such that it approaches the infamous “uncanny valley” .