1980 and 1993 there was a lot of research in making one legged robots at the Massachusetts Institute of Technology (MIT). The MIT lab turned out a series of “MIT hoppers” that could balance themselves and traverse a path. The biggest challenge with the hoppers was that they could not stand still; they needed to continue hopping in order to maintain their balance. Researchers were able to build a 3-D One-Leg Hopper that “hopped in place, traveled at a specific rate, followed simple paths, and maintained balance when disturbed.”They also constructed a hopper named Uniroo that used an actuated tail to maintain its balance. 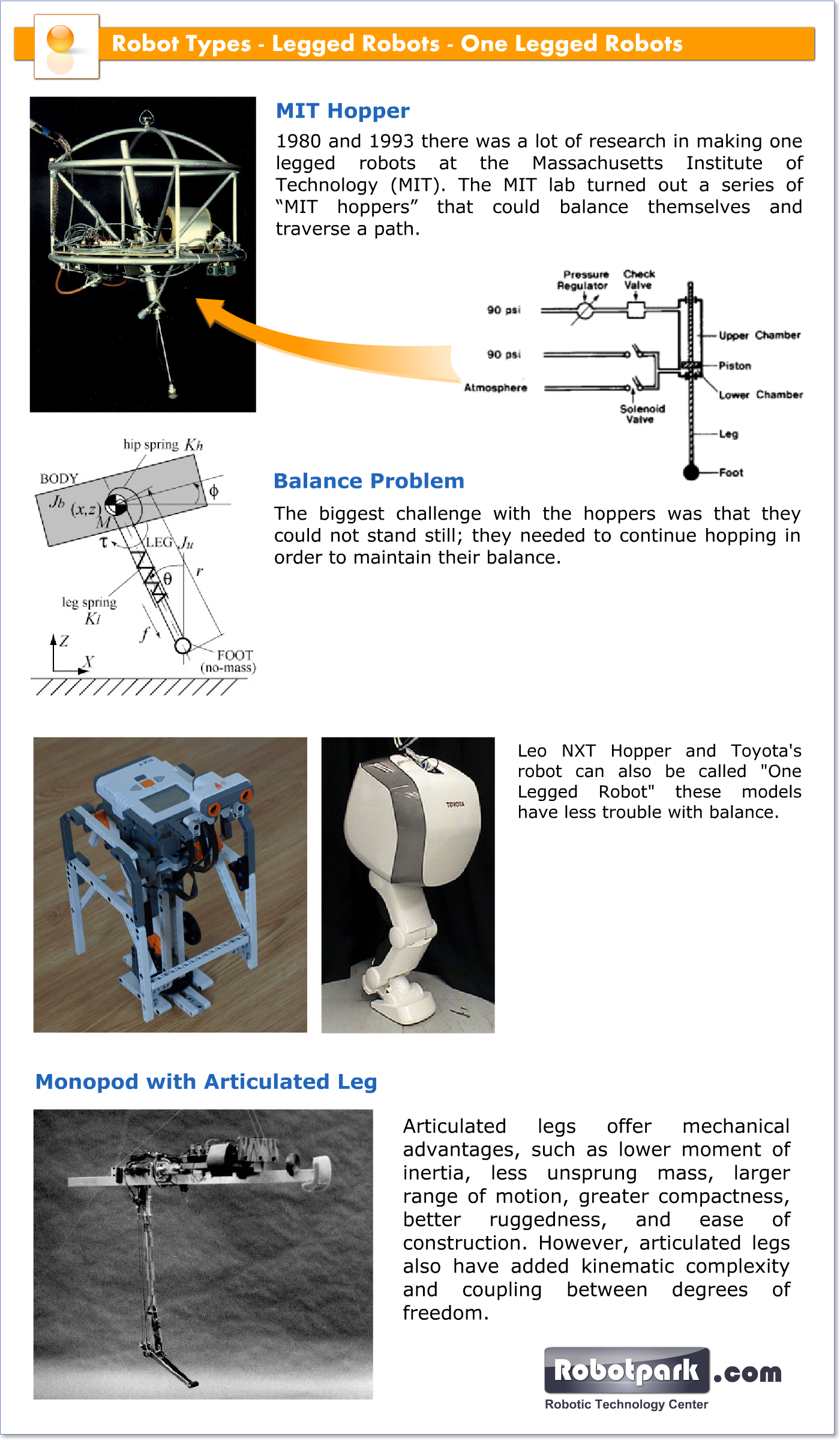 The Monopod is a planar, single legged robot. The Monopod’s distiguishing feature is its use of an articulated, rather than a telescoping leg found in previous robots. Additionally, the leg terminates in a leaf spring unlike the air springs of the other running robots. The Monopod was used to investigate the use of articulated legs that use rotary joints. Ultimately, the Monopod ran at a maximum speed of 2.3 m/s(5.1 mph) averaged over 16 m.

Articulated legs offer mechanical advantages, such as lower moment of inertia, less unsprung mass, larger range of motion, greater compactness, better ruggedness, and ease of construction. However, articulated legs also have added kinematic complexity and coupling between degrees of freedom. This coupling is evident from the fact that displacements of the two joints do not in general cause orthogonal displacements of the toe or hip.

We believe that articulated legs, those that use rotary joints, can be designed to be stronger, lighter, faster, and more reliable than the telescoping legs used on previous running machines. One hurdle is to incorporate the elastic storage elements vital to good dynamic behavior, without making the leg too difficult to control. The tests we have done show that it performs quite well as part of a planar hopping machine, though its asymmetry and high natural frequency pose new locomotion control problems.