A cartesian coordinate robot (also called linear robot) is an industrial robot whose three principal axes of control are linear (i.e. they move in a straight line rather than rotate) and are at right angles to each other.The three sliding joints correspond to moving the wrist up-down,in-out,back-forth. Among other advantages, this mechanical arrangement simplifies the Robot control arm solution. 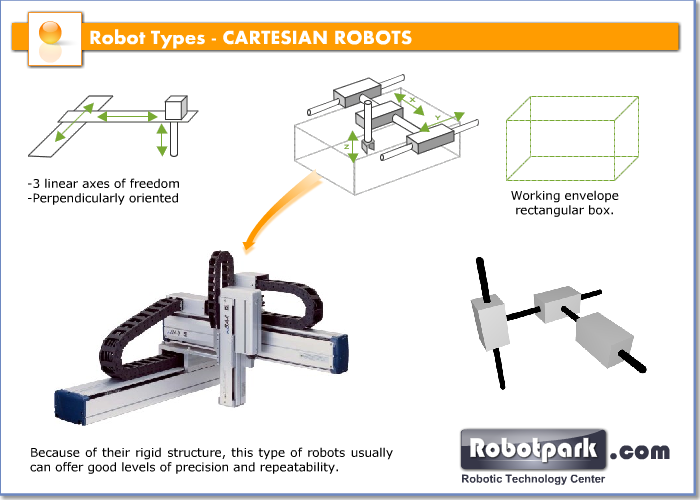 Cartesian coordinate robots with the horizontal member supported at both ends are sometimes called Gantry Robots. They are often quite large. 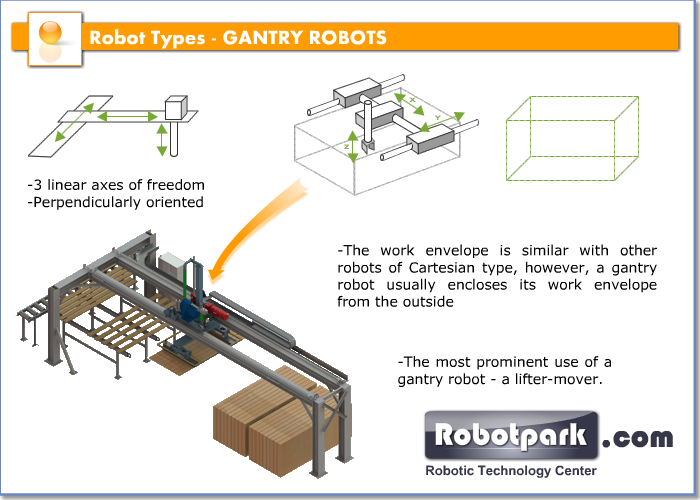 A popular application for this type of robot is a computer numerical control machine (CNC machine). The simplest application is used in milling and drawing machines where a pen or router translates across an x-y plane while a tool is raised and lowered onto a surface to create a precise design.