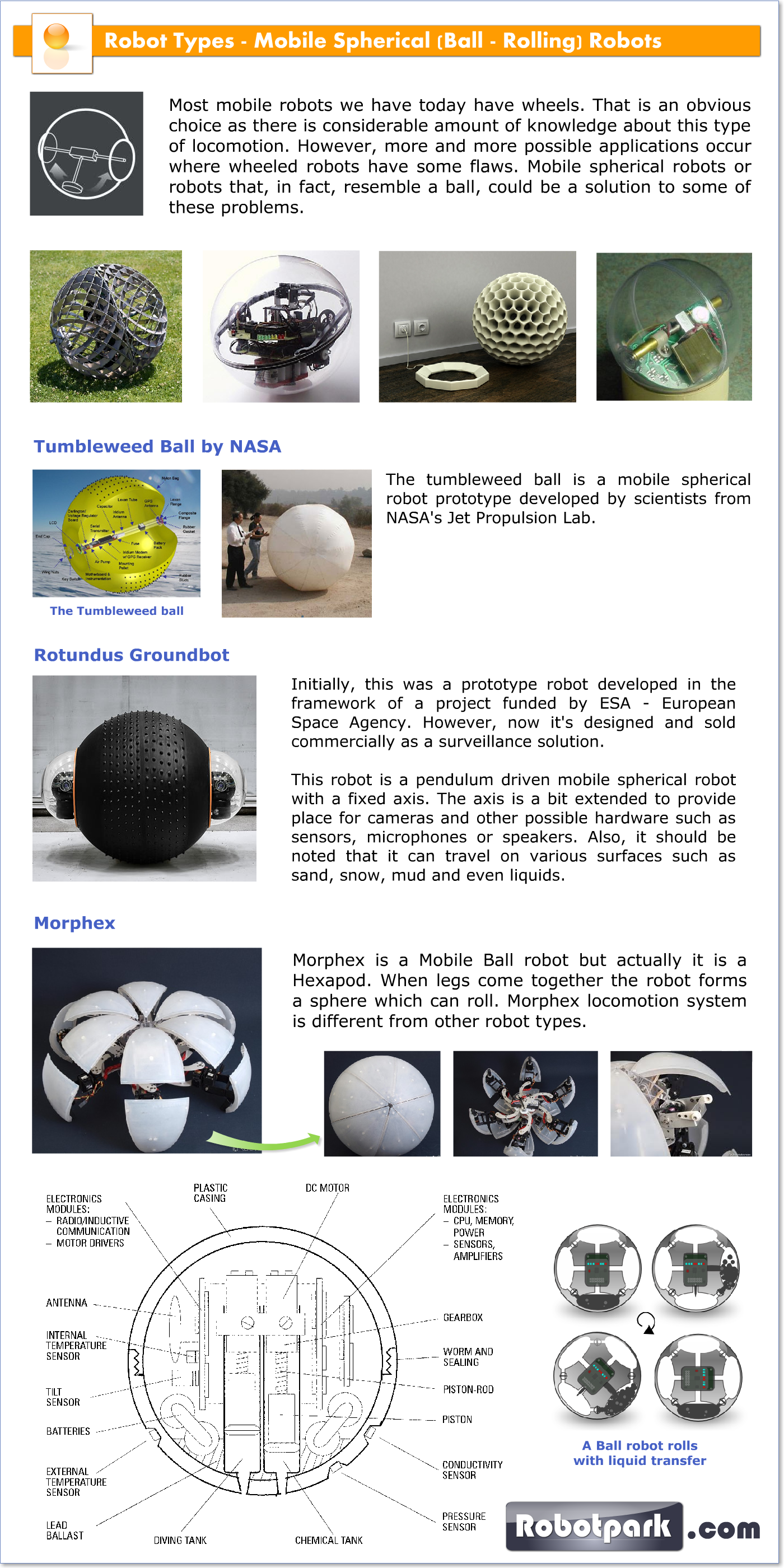 Morphex is a Mobile Ball robot but actually it is a Hexapod. When legs come together the robot forms a sphere which can roll. Morphex locomotion system is different from other robot types.

Plant inspectors usually employ indirect methods to monitor buried pipework, such as running an electric current through them to identify corroded sections or using ultrasound technology to look for cracks because direct monitoring would require digging up the pipes to visually inspect them, which is a costly and time-intensive operation.

Researchers at the Massachusetts Institute of Technology (MIT) are now developing small, egg-shaped robots that will be able to navigate their way around underground pipe networks checking for cracks and corrosion. Equipped with cameras, the robots would be able to transmit images in real-time.

The researchers have devised a network of special Y-shaped valves that can be created using 3D printing across the surface of the device. By closing certain valves, thereby channelling jets of water through others, the spherical robots can be propelled in a particular direction.

Originally it had been planned that the robots would use their onboard cameras to take and store images of the interior of the pipes. The devices would then be retrieved and the images examined. However, Asada and his team now intend to equip the devices with wireless underwater communications, using laser optics to transmit images in real-time across distances of up to 100 metres. They are also working on an “eyeball” mechanism that would enable the camera to pan and tilt while the robot is stationary. To achieve this, the researchers have installed a two-axis pivoting support system that enables them to change the device’s centre of gravity.