A tracked vehicle (also called: track-type tractor, tractor crawler, or track-laying vehicle) is a vehicle that runs on continuous tracks instead of wheels.

The principal design advantages of tracked over wheeled vehicles are that they are in contact with a larger surface area than would generally be the case with a wheeled vehicle, and as a result exert a much lower force per unit area on the ground being traversed than a conventional wheeled vehicle of the same weight. This makes them suitable for use on soft, low friction and uneven ground such as mud, ice and snow. The principal disadvantage is that tracks are a more complex mechanism than a wheel, and relatively prone to failure modes such as snapped or derailed tracks. 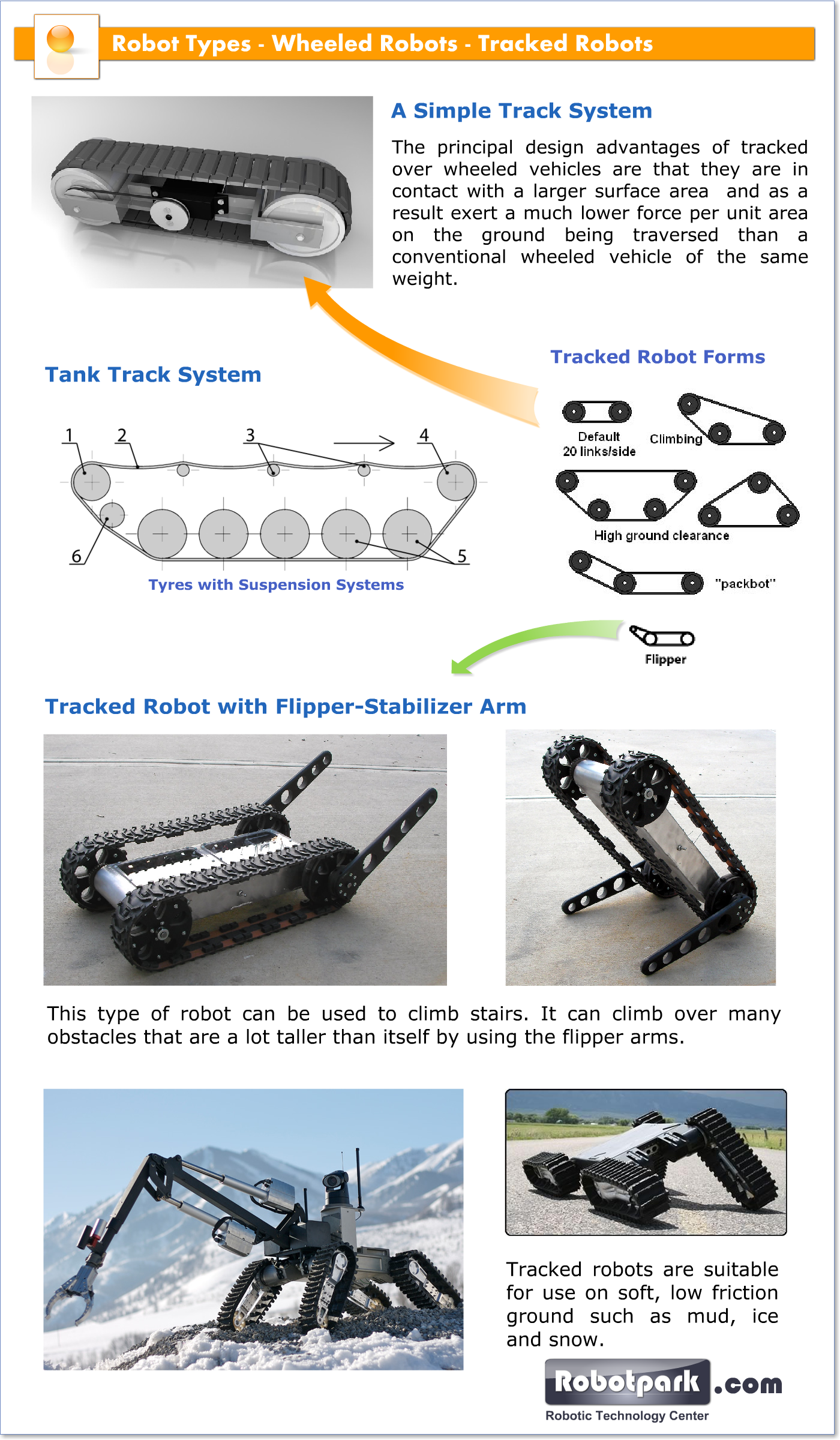 Continuous tracks, also called tank treads or caterpillar tracks, are a system of vehicle propulsion in which a continuous band of treads is driven by two or more wheels. This band is typically made of modular steel plates in the case of military vehicles, or rubber reinforced with steel wires in the case of lighter agricultural or construction vehicles. The large surface area of the tracks distributes the weight of the vehicle better than steel or rubber tires on an equivalent vehicle, enabling a continuous tracked vehicle to traverse soft ground with less likelihood of becoming stuck due to sinking.

The prominent treads of the metal plates are both hard-wearing and damage resistant, especially in comparison to rubber tires. The aggressive treads of the tracks provide good traction in soft surfaces but can damage paved surfaces. Special tracks that incorporate rubber pads can be installed for use on paved surfaces to prevent the damage that can be caused by all-metal tracks.

but can be found on any vehicle used in an application that can benefit from the added traction, low ground pressure and durability inherent in continuous track propulsion systems.