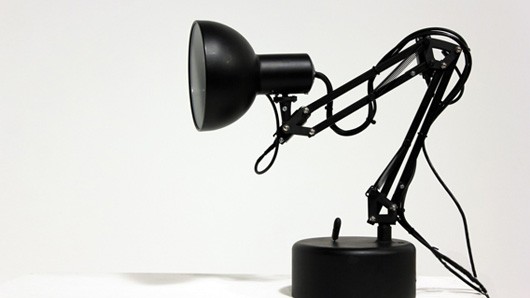 Luxo Jr, the adorable little lamp that appears in the Disney Pixar logo, illustrates how animators can breathe life into mundane inanimate objects. Now, robotics technology allows us to do the same thing in real life, as shown by a trio from the Victoria University of Wellington, New Zealand. Using a combination of readily available robotics and automated manufacturing technology, mixed with open-source software, they were able to grace a desk lamp with a little personality.

Pinokio, unlike its fairy tale namesake, needs strings to move – strings of code, that is. Its actions are driven primarily by Arduino and image processing software OpenCV, which searches for faces in the images from its web cam. When it finds a face, it attempts to follow it as if trying to maintain eye contact.

Programmer Shanshan Zhou ensured it would change its behavior with preset “moods” – introvert or extrovert – causing the lamp to recoil or stretch outwards, respectively. When switched off, Pinokio responds by flicking its power switch back on – similar to the most useless machine ever– further adding to its character. 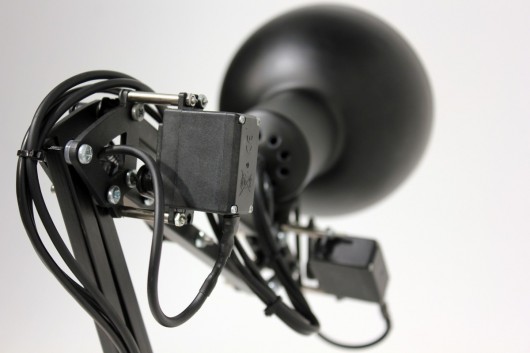 Adam Ben-Dror, who worked out the mechanical details, found that it only took six servo motors to actuate the lamp’s hinges. These hinges had to be replaced with ones he designed in CAD, which were then manufactured using a variety of techniques, from 3D printing, laser cutting, water jet cutting, and CNC lathing to good old-fashioned welding. He also had to work out how to fit the halogen bulb (covered with a mechanical iris), a hacked webcam, a microphone, and a pair of servos – including the necessary wiring – into the back of the lamp’s shade. 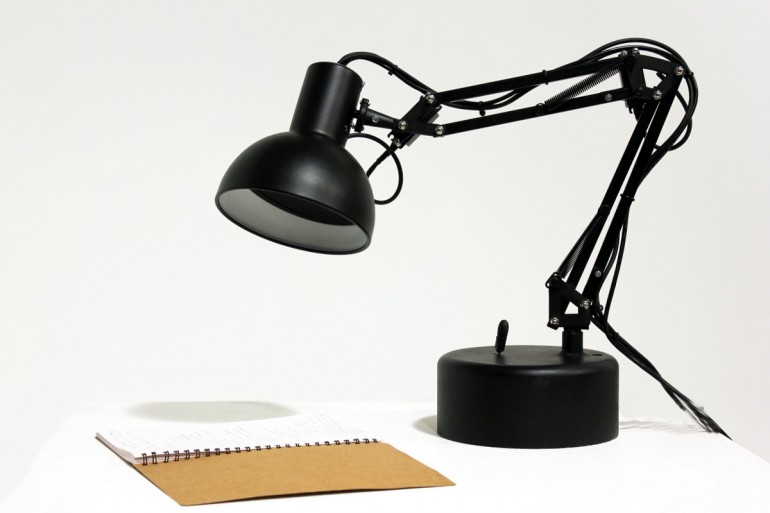 As you’ll see in the video below, the end result lives up to the concept sketches provided by the team’s designer, Joss Dogget. Pinokio springs to life and engages its audience with seemingly effortless interaction.