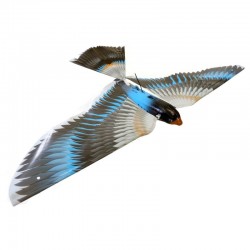 The history of robotics goes as far back as 350 B.C when a brilliant Greek mathematician named Archytas succeeded in building a mechanical bird which used steam to propel itself. That was the first documented attempt of man to build an automata. 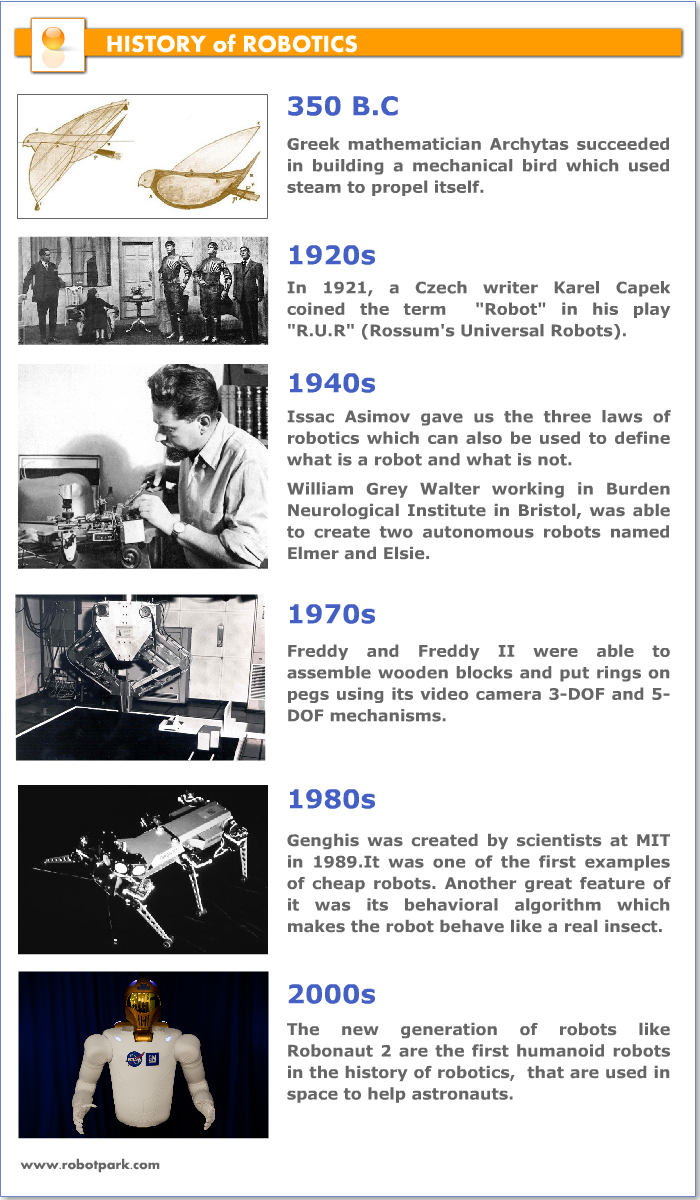 Much of the work in robotics, however, was done in the 20th century both in fiction and in real life. In 1921, a Czech writer Karel Capek coined the term "Robot" in his play "R.U.R" (Rossum's Universal Robots). The word robot is of Czech origin meaning “forced work”. Rossum’s Universal Robots is the first time the term “robot” is used officially.

Isaac Asimov gave us the three laws of robotics which can also be used to define what is a robot and what is not. As surprising as it might seem, he wasn’t a scientist by any standards, he was a writer who wrote numerous short stories on robots in 1940s and 1950s. He is also admired for coining the term “Robotics”. The "Three laws of robotics", which is defined by Isaac Asimov is:

In 1948 and 1949, William Grey Walter working in Burden Neurological Institute in Bristol, was able to create two autonomous robots named Elmer and Elsie. Both of them were shaped like tortoise and they used three wheels to move around. And whenever they ran low on battery, they would rush towards the nearest recharge station. That was one of the most impressive works on intelligent robots that can take care of themselves.

Through history of robotics, the 1970s, other intelligent robots emerged. Freddy and Freddy II were able to assemble wooden blocks and put rings on pegs using its video camera 3-DOF and 5-DOF mechanisms. Assembling the parts using manipulators was not that impressive, but the use of cameras to identify objects was fascinating.

Genghis was created by scientists at MIT in 1989.It was one of the first examples of cheap robots. Another great feature of it was its behavioral algorithm which makes the robot behave like a real insect.

Self-driving cars arrived in the 21st century, but they still have a long way to go due to some legal and ethical issues.The new generation of robots like Robonaut 2 are the first humanoid robots in the history of robotics,  that are used in space to help astronauts.

What is a ROBOT