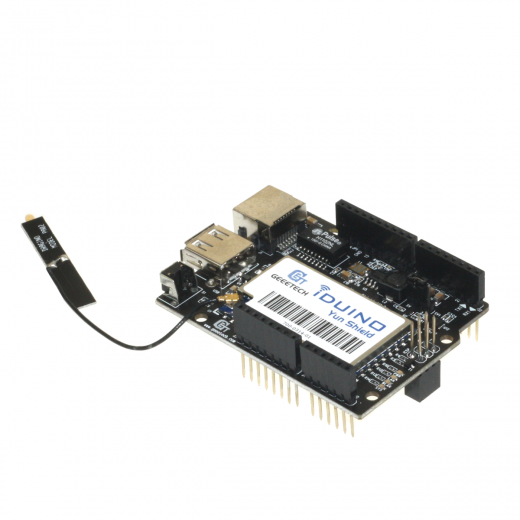 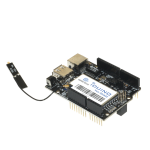 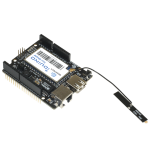 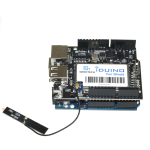 Iduino Yun Shield, an extremely powerful development for Arduino board, is designed to solve the problems of connection and storage which exist in the Arduino board.Iduino Yun Shield runs Open Source OpenWrt System (Same system as runs in Arduino Yun) and it is fully compatible with Arduino IDE V1.5.4 or later versions. Yun Shield is an ideal choice for Arduino Projects which require various internet connections and more storage.

The Iduino Yun is the core module of Iduino Yun Shield. And it requires 200mA current when in full load, so it is powered by the Arduino VIN pins to avoid overheated in the Arduino onboard 5V LD0.