Three legged robots are not very common, especially since they have no biological counterparts. However, researchers at Virginia Tech’s RoMeLa lab have developed a three legged robot STriDER that uses a “revolutionary” passive dynamic walking technique.

STriDER is short for Self-excited Tripedal Dynamic Experimental Robot. STriDER sways until it can lift one leg, and using the other two as an A-frame, swing it in between the other two “stance” legs moving forward at a sixty degree angle. This patent pending “tripedal gait” is extremely energy efficient and requires minimal control. It also allows STriDER to easily change directions by changing the sequence of its steps. 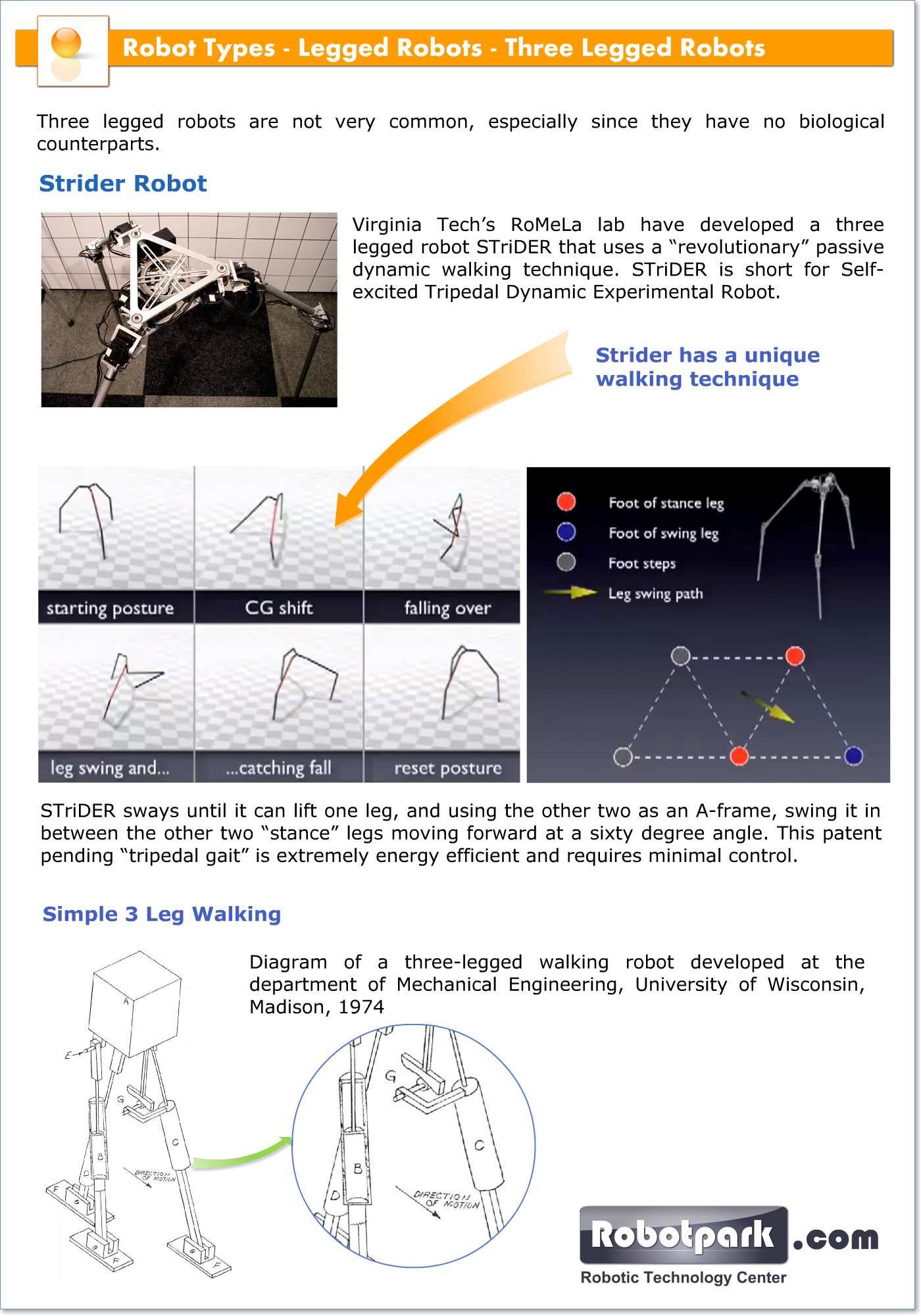