Two legged robots have probably seen the most development dollars since humanoid robots have been envisioned since the very beginning of the field. Much of the development in passive dynamic walking has been done in this area. The design of a bipedal passive dynamic walker begins with the concept of a wheel with spokes. If the wheel is divided into sections, and all but two removed, we have what appears to be a set of legs. When the mass is properly distributed, the legs each act as inverted pendulums and the robots “rolls” through its steps.

Further complexity can be added to the model by using knee joints to shorten the legs (allowing one to swing past the other without touching the ground) and ankle joints that can provide a “spring” to the step to add lost energy back into the system. 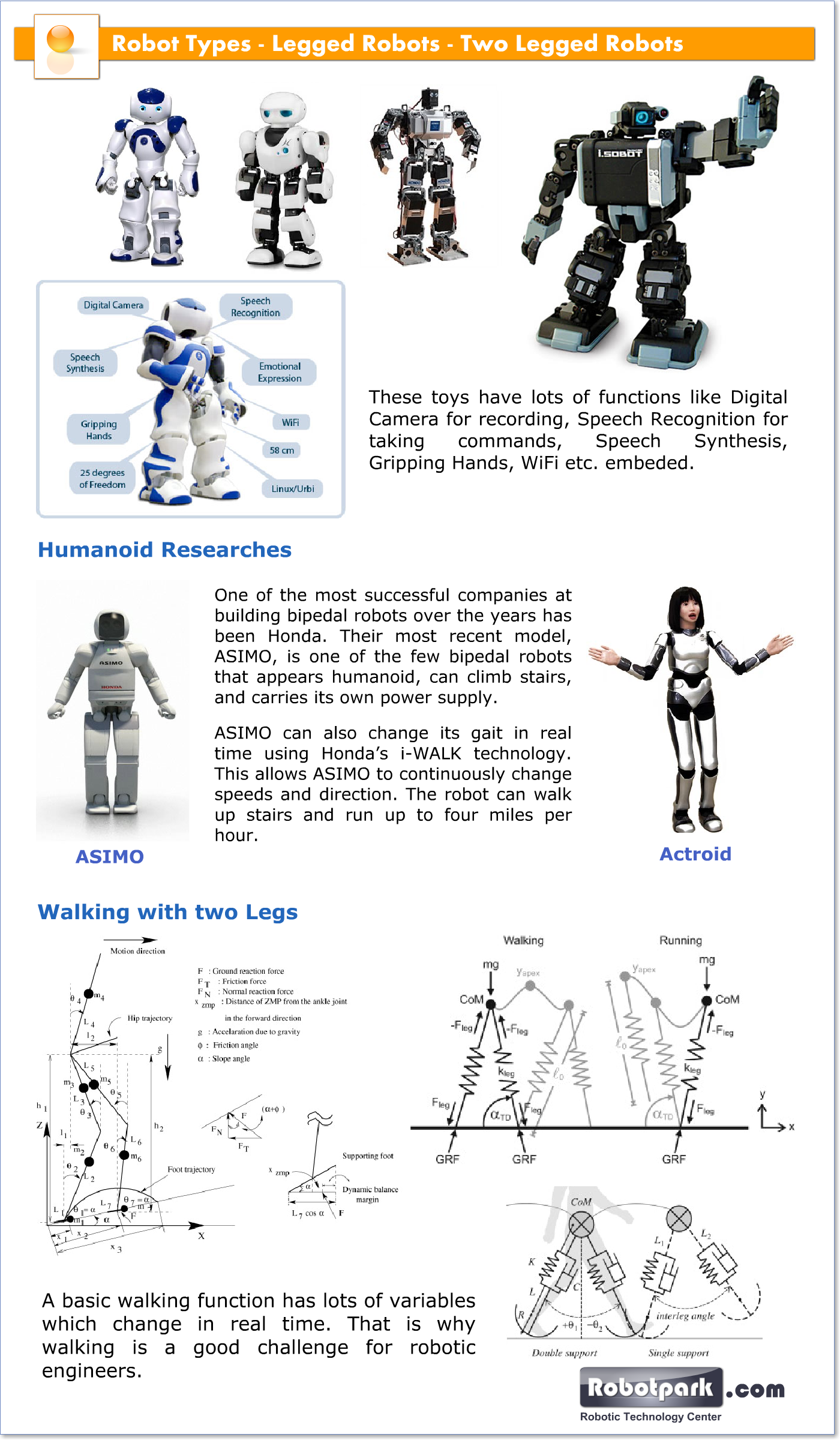 There are several robots that have used these concepts to achieve firsts in the field of robotics. “RunBot,” developed in Germany and Scotland, broke the speed record per size for a robot in April 2006 by walking at 3.5 leg-lengths per second.The Cornell Ranger, while not truly passive, is passive inspired and one of many robots that has more than two legs but is still classified as bipedal. When viewed from the side, Ranger appears to have only two legs, but it actually has four legs. These four legs act in pairs of two, qualifying it as bipedal but providing better lateral stability. On April 3, 2008 Ranger walked 9.07 kilometers without stopping, an unofficial record at that time (it has since been surpassed, according to the Cornell team, by Boston Dynamic’s Big Dog).

One of the most successful companies at building bipedal robots over the years has been Honda. Their most recent model, ASIMO, is one of the few bipedal robots that appears humanoid, can climb stairs, and carries its own power supply. ASIMO can also change its gait in real time using Honda’s i-WALK technology. This allows ASIMO to continuously change speeds and direction. The robot can walk up stairs and run up to four miles per hour.