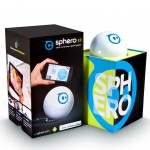 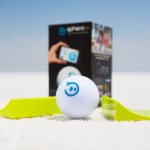 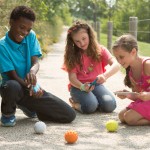 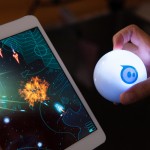 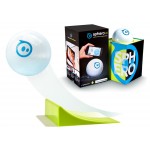 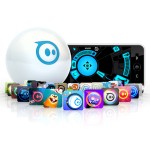 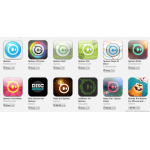 Sphero 2.0 Robotic Ball is 2x faster, 3x brighter, and smarter than ever. Sphero 2.0 Robotic Ball rolls at speeds of up to 7 feet per second and pairs to your device via Bluetooth with a range of up to 100 feet. Powered by induction charging and an internal smart robot, Sphero 2.0 also glows in millions of colors and is pet proof, waterproof, and ready for any adventure. As a bonus, 2 ramps are included in each box and you can choose from over 25 apps to launch a whole new world of mobile gameplay.

Whether you’re on the beach or street in the city, Sphero 2.0 is 100% fun guaranteed. Get ready for adventure with the world’s first mobile app controlled smart robot Sphero 2.0. With its virtual reality app, fight against the zombies, play multiplayer games with your friends. Maybe you want to play with Sphero 2.0 at the pool, who knows?