Especially when more powered wheels are used the design becomes much more complex as each of the wheels have to turn with the same speed when the robot has to move forwards. Differences in speed between the left and right wheels in differentially steered robots cause the robot to move to the side instead of in a straight line. Difference in speed between wheel on the same side cause slipping of the slowest wheel. 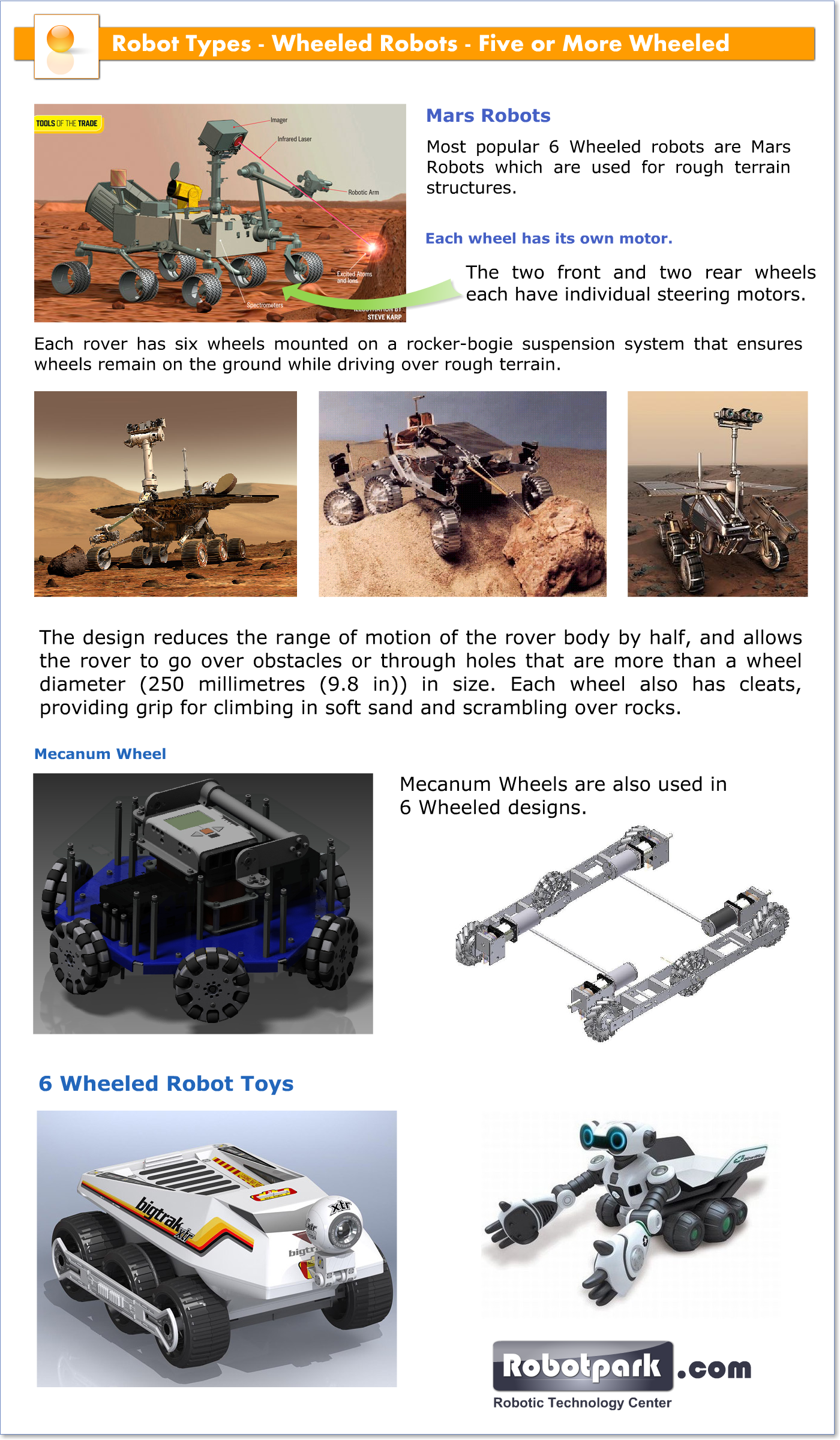 Sometimes an extra free rotating wheel with odometry is added to the robot. This measures more accurately how the robot moves. Odometry on the powered wheels excludes slip and other movements and thus could be erroneous.

The Mars Rovers (Sojourner, Spirit, Opportunity) are six wheeled robots that navigate across Martian terrain after landing. They are used to examine territory, interesting landmarks and make observations about the surface of Mars. They have a suspension system which keeps all six wheels in contact with the surface, and helps them traverse slopes ans sandy terrain.