In one of his early science-fiction stories, the prolific writer Isaac Asimov first mentioned the word “robotics,” along with three fundamental rules that all robots had to obey. The rules, now called Asimov’s three laws, are as follows. 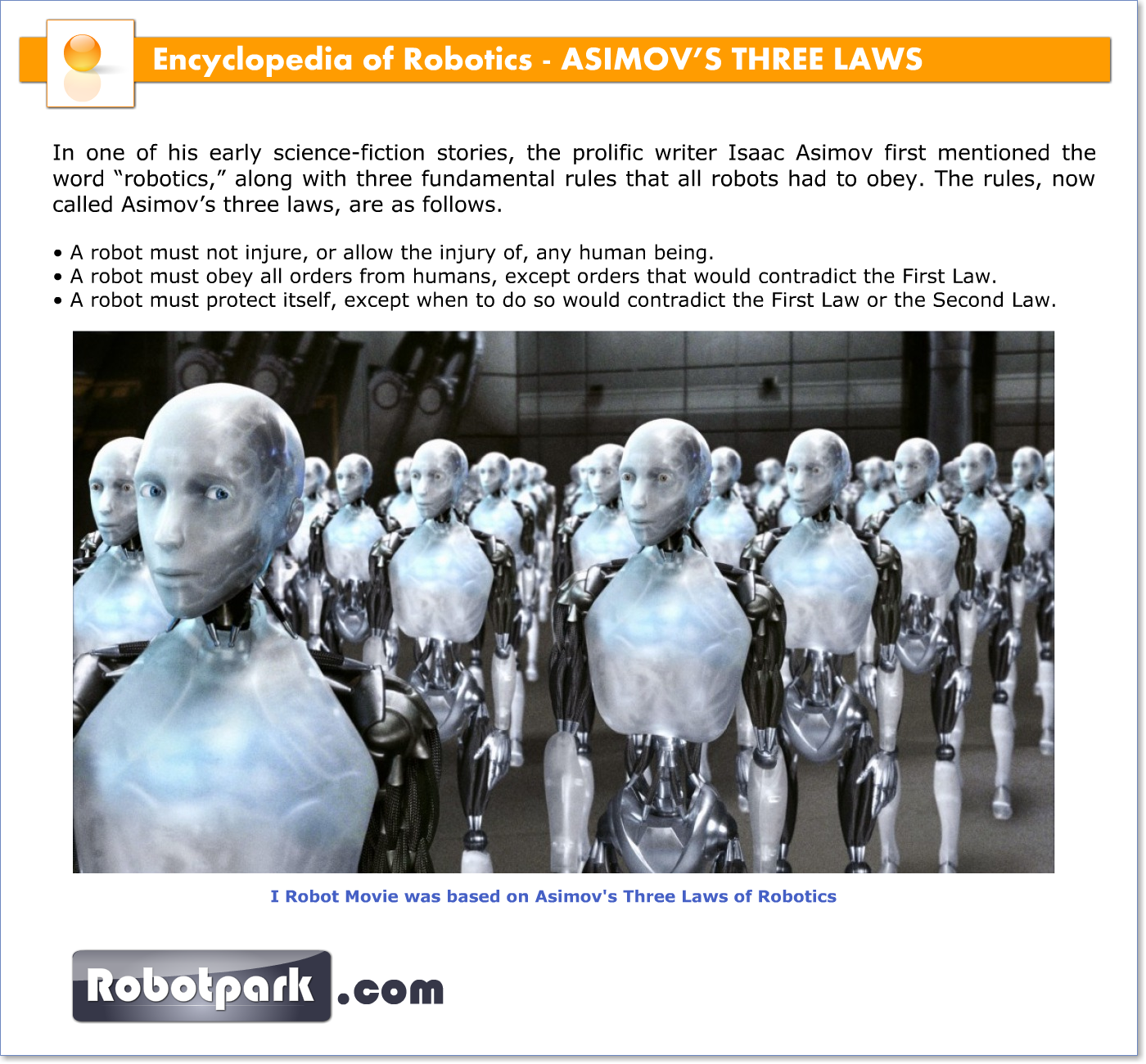 Although these rules were first coined in the 1940s, they are still considered good standards for robotic behavior.