Electromagnetic (EM) or acoustic waves reflect from various objects. By ascertaining the directions from which transmitted EM or acoustic signals are returned, and by measuring the time it takes for pulses to travel from the transmitter location to a target and back, it is possible for a robot to locate objects within its work environment. The ongoing changes in the azimuth (compass bearing) and range (distance) information for each object in the work environment can be used by the robot controller for navigation.

A classical azimuth-range navigation system is conventional radar, which consists of a transmitter, a highly directional antenna, a receiver, and a display. The transmitter produces EM microwave pulses that are propagated in a narrow beam. The EM waves strike objects at various distances. The greater the distance to the target, the longer is the delay before the echo is received. The transmitting antenna is rotated so that all azimuth bearings can be observed. 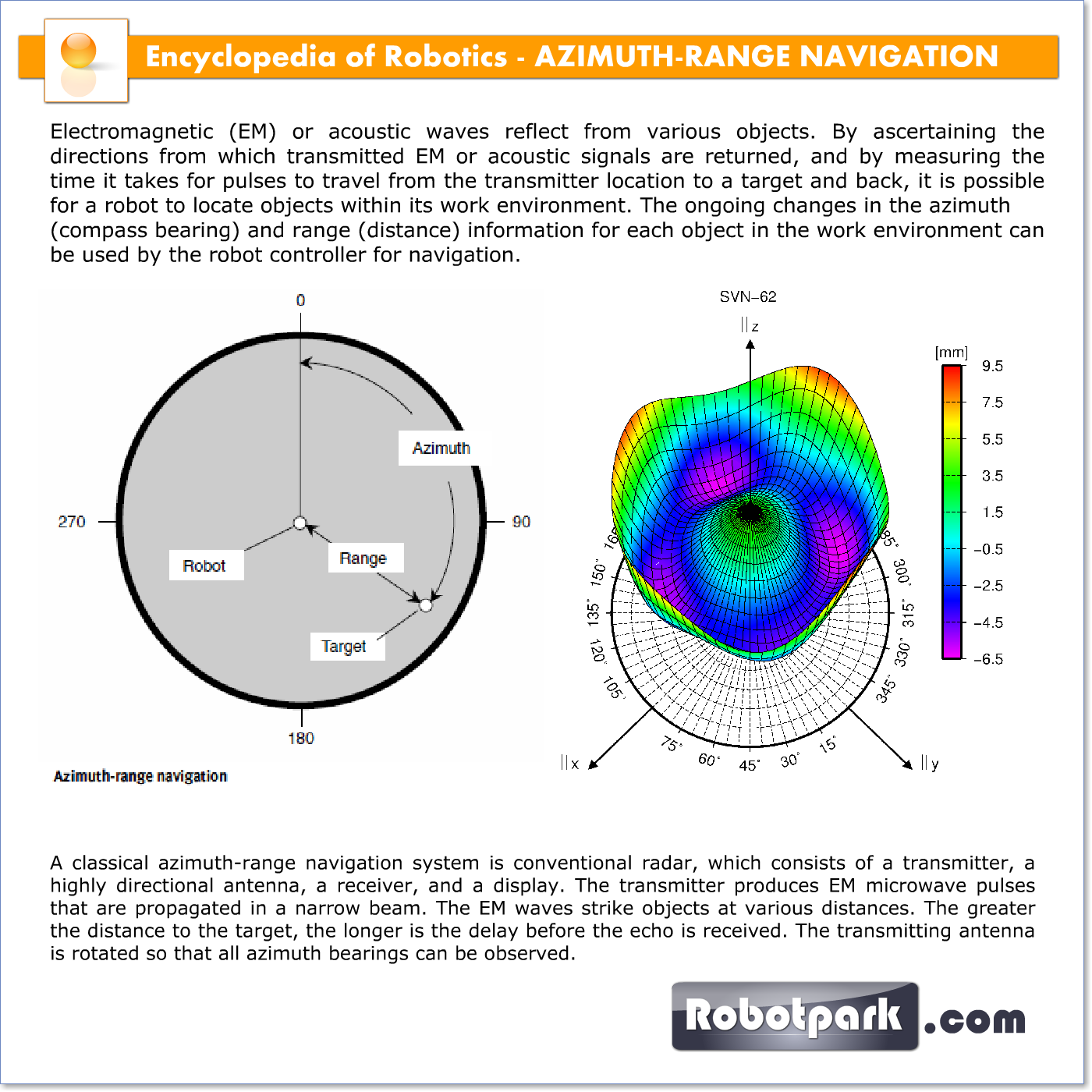 The basic configuration of an azimuth-range scheme is shown in the illustration. The robot is at the center of the display. Azimuth bearings are indicated in degrees clockwise from true north, and are marked around the perimeter. The distance, or range, is indicated by the radial displacement.

Some azimuth-range systems can detect changes in the frequencies of returned EM or acoustic pulses resulting from Doppler effect. These data are employed to measure the speeds of approaching or receding objects. The robot controller can use this information, along with the position data afforded by the azimuth-range scheme, to navigate in complex environments.