A computer does not work with words, or even with familiar base-10 numbers. Instead, the machine uses combinations of ones and zeros. These are the two binary states, also represented by on/off, high/low, or true/false. Data in machine language, if written down, looks like a string of ones and zeros, such as 0110100100. This can be represented pictorially by a graph as shown in the illustration. 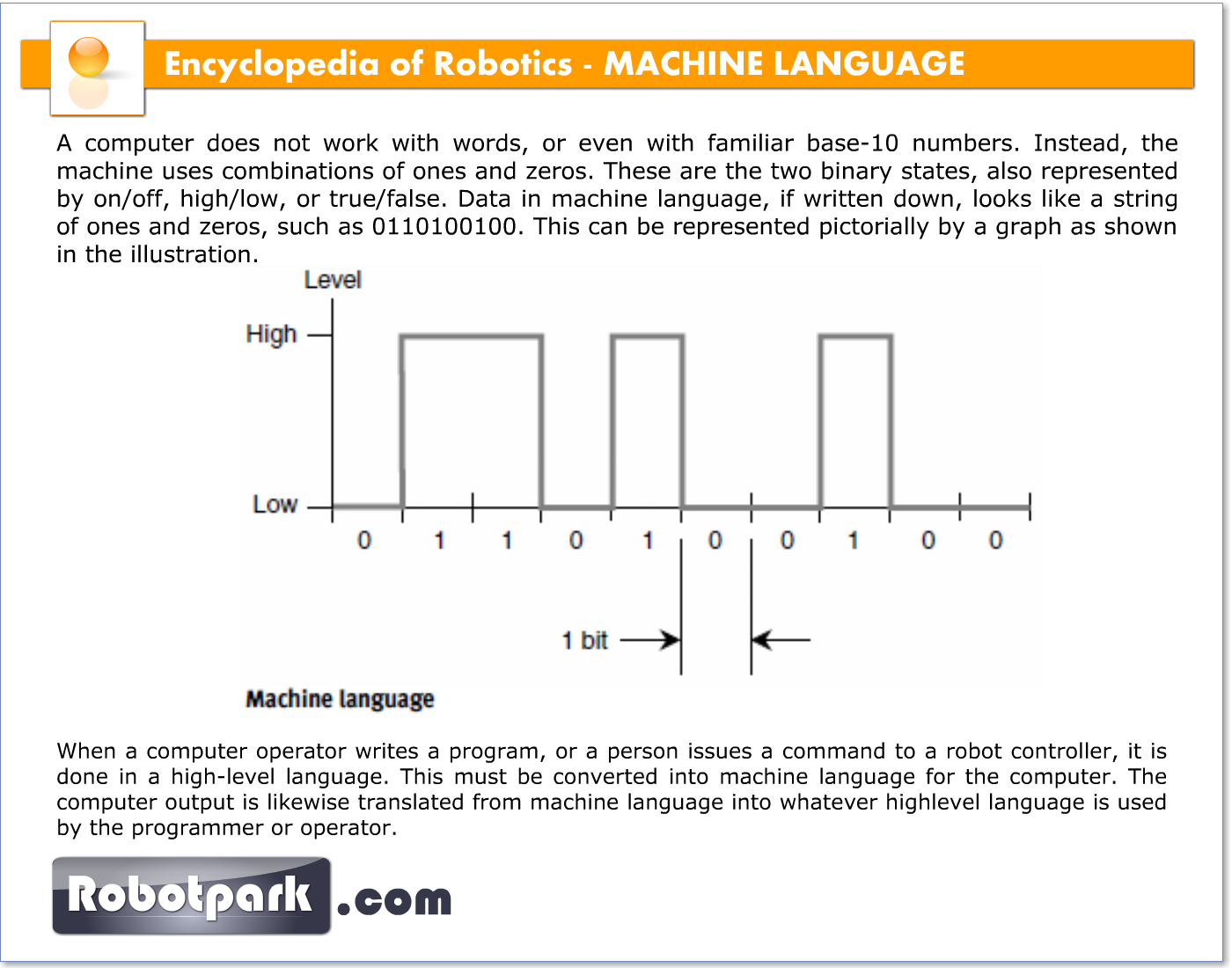