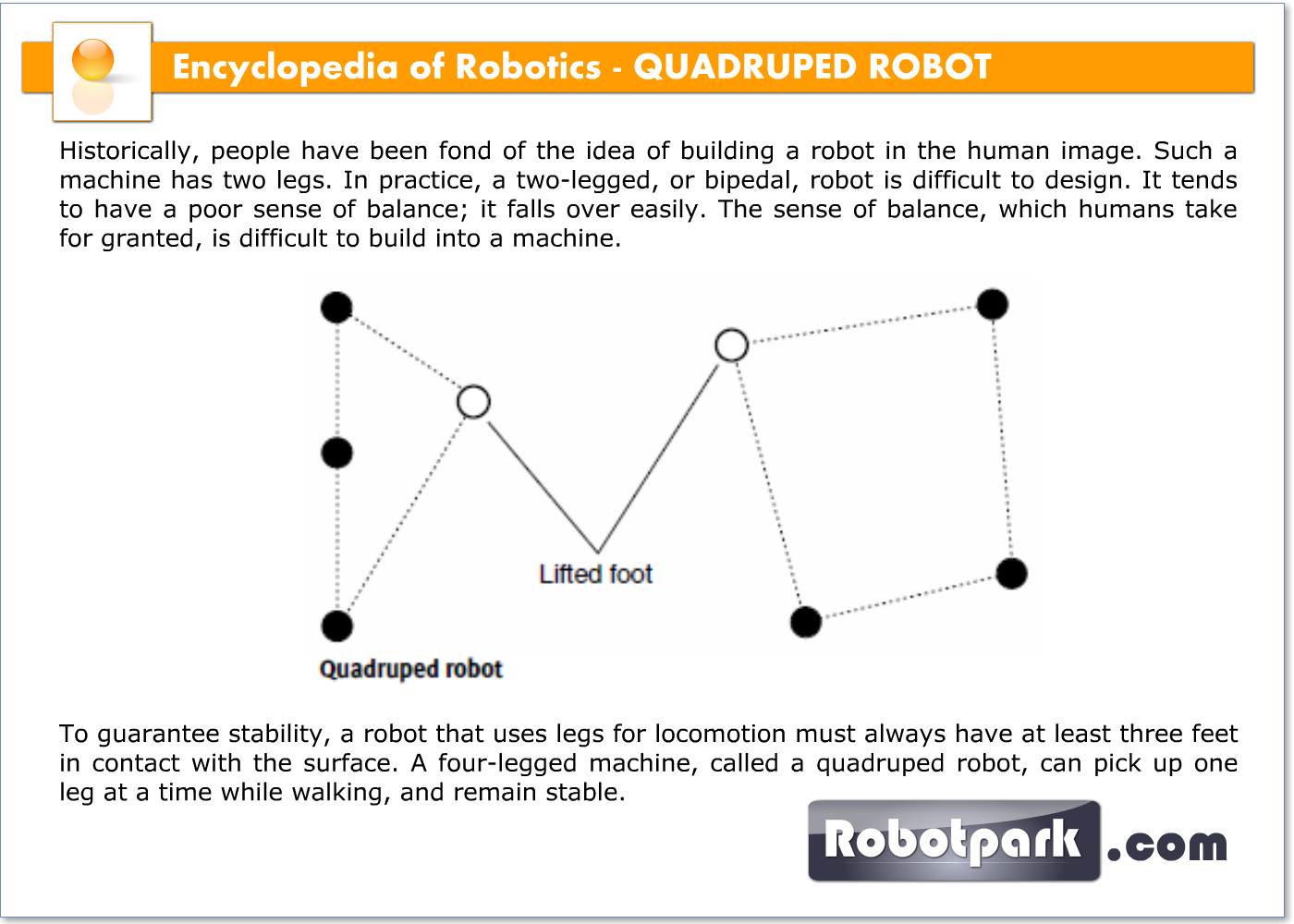 To guarantee stability, a robot that uses legs for locomotion must always have at least three feet in contact with the surface. A four-legged machine, called a quadruped robot, can pick up one leg at a time while walking, and remain stable. The only problem occurs when the three surface-bound legs lie on or near a common line, as shown on the left side of the illustration. Under these conditions, a four-legged object can topple.

In the best quadruped design, the four feet reach the ground at points that are not near a common line, as shown on the right side of the illustration.Then, when one foot is lifted for propulsion, the other three are on the surface at the vertices of a well-defined triangle. In these examples, the solid dots represent feet on the ground; the open circle represents the foot that is lifted at the moment.

Many engineers believe that six legs is optimal for robots designed to propel with legs rather than by rolling on wheels or a track drive. Sixlegged robots can lift one or two legs at a time while walking and remain stable. The more legs a robot has, the better its stability; but there is a practical limit. The movements of robot legs must be coordinated properly for a machine to propel itself without wasting motion and energy. This becomes increasingly difficult as the number of legs increases.