Recursion is a logical process in which one or more tasks are set aside while the main argument is being made. Recursion is common in computer programs, where it can take the form of nested loops. Recursion is also useful in proving mathematical and legal propositions. It is a powerful tool in artificial intelligence (AI). 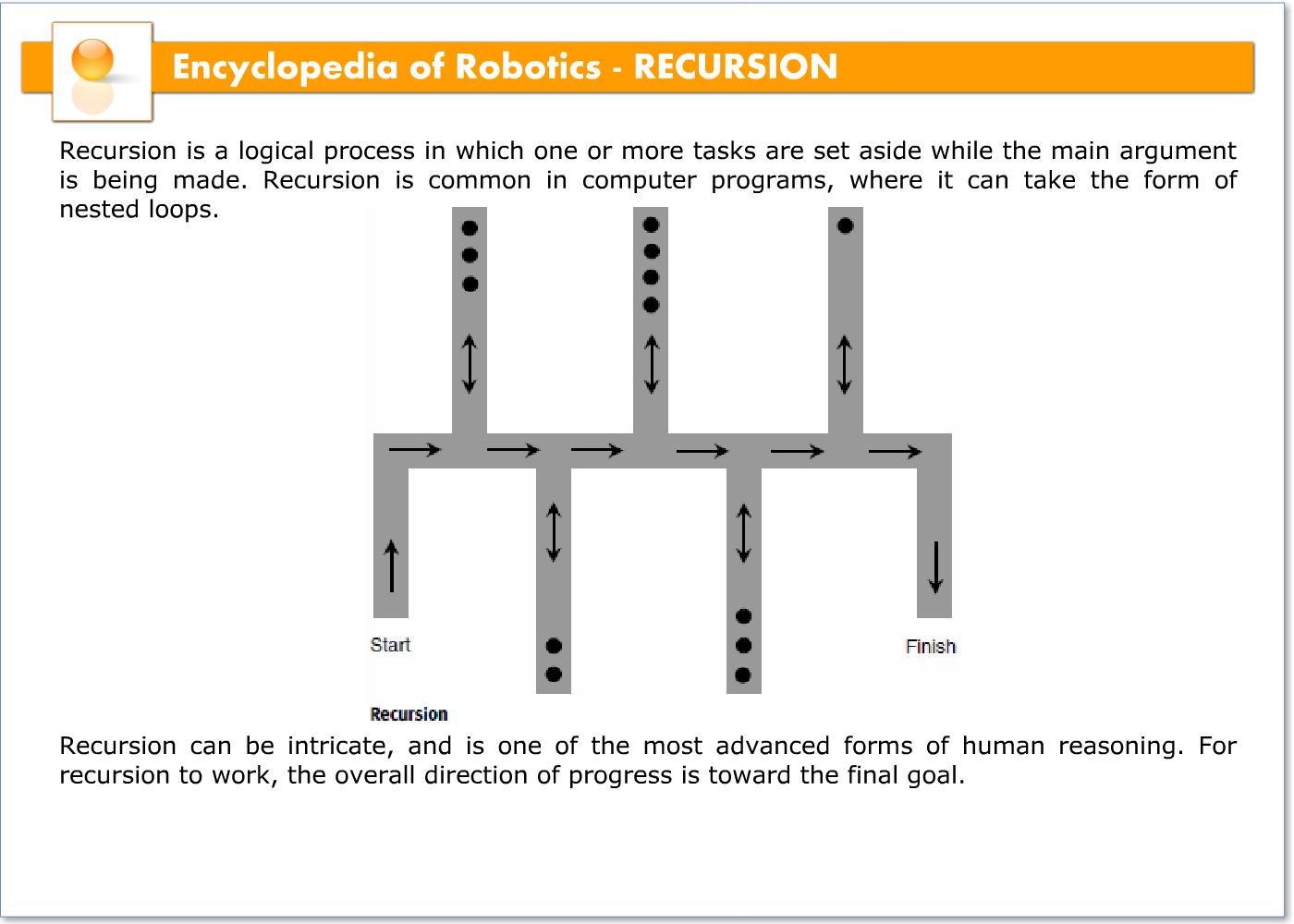 Recursion can be intricate, and is one of the most advanced forms of human reasoning. For recursion to work, the overall direction of progress is toward the final goal. Sidetracking might seem to have nothing to do with the intended result, but in recursion, there is always a reason for it.All the subarguments must eventually be brought out and put to some use in the main argument.

Computers are ideally suited for recursive arguments. The subarguments can be done and the results put into memory. Humans get confused when there are too many sidetracks; not so with computers. They will do precisely what they are programmed to do, and they do not get distracted, no matter how many sidetracks there are.

In a complicated recursive argument, the sidetracks can be backed up one on top of another, like airplanes in a holding pattern waiting to land at a large airport. The subarguments are held in pushdown stacks, or first-in/last-out memory registers. The sidetracked results are pulled out of the stacks when needed. The illustration shows a recursive argument with several pushdown stacks.

If a computer uses recursive logic and gets sidetracked too much, it might lose sight of the final objective, or go around and around in logical circles. When this happens in a computer program, it is called an endless loop or an infinite loop. This is makes it impossible to solve any problem.

There is another logical trap into which humans can easily fall when making a recursive argument. This is to “prove” something by unknowingly making the assumption that it is already true. Computers, properly programmed, do not make this mistake.