What is a Lever ? Types of Levers…

Levers are the simplest of mechanisms; there is evidence that Stone Age humans used levers to extend their reach or power; they made them from logs or branches to move heavy loads such as rocks. It has also been reported that primates and certain birds use twigs or sticks to extend their reach and act as tools to assist them in obtaining food.

A lever is a rigid beam that can rotate about a fixed point along its length called the fulcrum. Physical effort applied to one end of the beam will move a load at the other end. The act of moving the fulcrum of a long beam nearer to the load permits a large load to be lifted with minimal effort. This is another way to obtain mechanical advantage.

The three classes of lever are illustrated in Fig. Each is capable of providing a different level of mechanical advantage. These levers are called Class 1, Class 2, and Class 3. The differences in the classes are determined by:

CLASS 1 LEVER, the most common, has its fulcrum located at or about the middle with effort exerted at one end and load positioned  at the opposite end, both on the same side of the lever.
Examples of Class 1 levers are playground seesaw, crowbar, scissors, claw hammer, and balancing scales.

CLASS 2 LEVER,  has its fulcrum at one end; effort is exerted at the opposite end, and the opposing load is positioned at or near the middle.
Examples of Class 2 levers are wheelbarrow, simple bottle openers, nutcracker, and foot pump for inflating air mattresses and inflatable boats.

CLASS 3 LEVER,  also has its fulcrum on one end; load is exerted at the opposite end, and the opposing effort is exerted on or about the middle.
Examples of Class 3 levers are shovel and fishing rod where the hand is the fulcrum, tweezers, and human and animal arms and legs.

Law of the Lever

The lever is a movable bar that pivots on a fulcrum attached to a fixed point. The lever operates by applying forces at different distances from the fulcrum, or pivot. 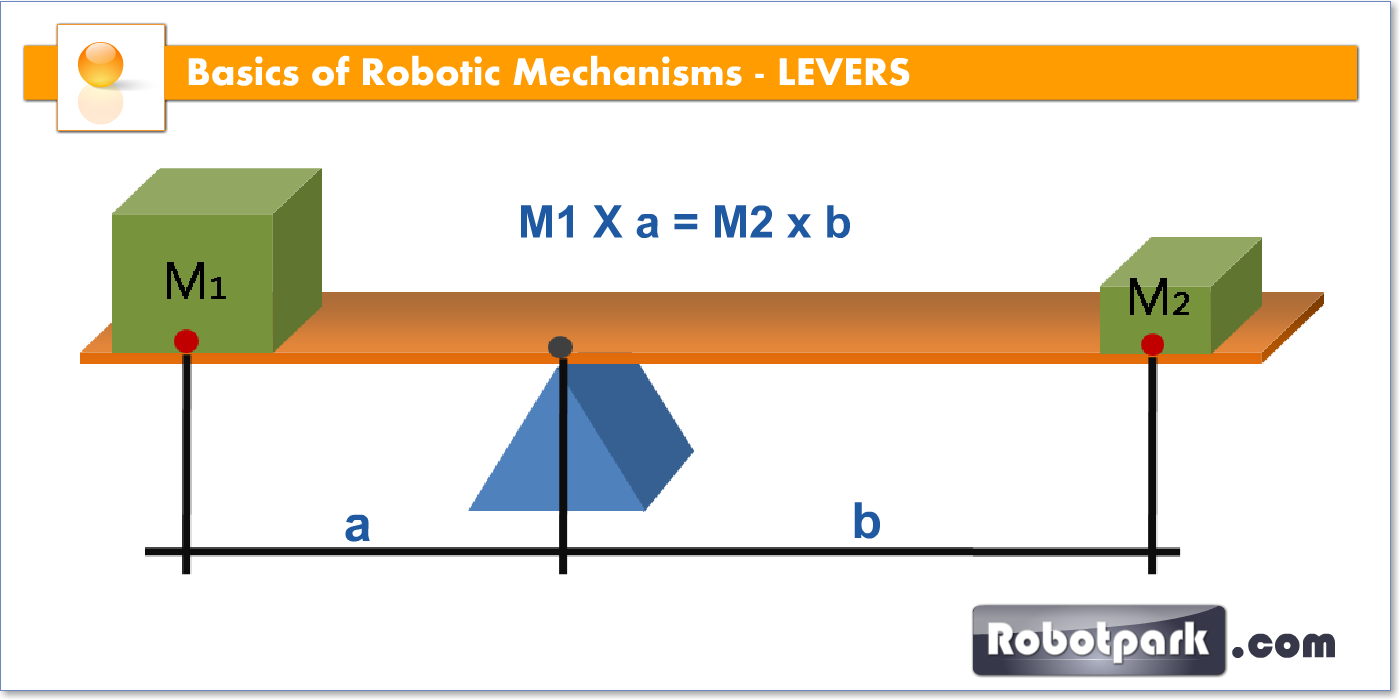 Assuming the lever does not dissipate or store energy, the power into the lever must equal the power out of the lever. As the lever rotates around the fulcrum, points farther from this pivot move faster than points closer to the pivot. Therefore a force applied to a point farther from the pivot must be less than the force located at a point closer in, because power is the product of force and velocity.

Winches, windlasses, and capstans are machines that convert rotary motion into linear motion, usually with some mechanical advantage. These machines are essentially Class 1 levers: effort is applied to a lever or crank, the fulcrum is the center of the drum, and the load is applied to the rope, chain, or cable.

Manually operated windlasses and capstans, mechanically the same, were originally used on sailing ships to raise and lower anchors. Operated by one or more levers by one or more sailors, both had barrels or drums on which rope or chain was wound. In the past, windlasses were distinguished from capstans; windlasses had horizontal drums and capstans had vertical drums. The modern term winch is now the generic name for any manual or poweroperated drum for hauling a load with cable, chain, or rope. The manually operated winch, shown in Fig., is widely used today on sailboats for raising and trimming sails, and sometimes for weighing anchors. 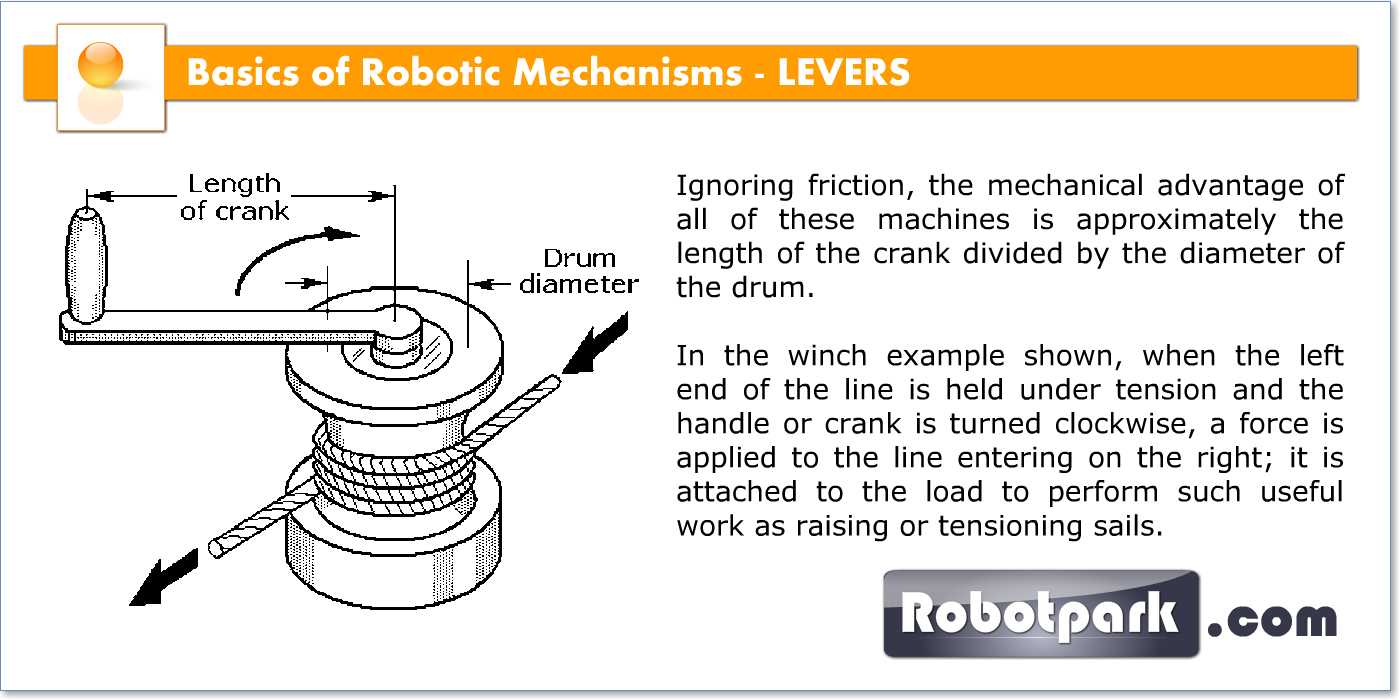 Ignoring friction, the mechanical advantage of all of these machines is approximately the length of the crank divided by the diameter of the drum. In the winch example shown, when the left end of the line is held under tension and the handle or crank is turned clockwise, a force is applied to the line entering on the right; it is attached to the load to perform such useful work as raising or tensioning sails.

Biomechanics of the Body – Levers

Biomechanics: the study of the mechanics as it relates to the  functional and anatomical analysis of the human body.

Kinesiology: Meaning of Kinesiology is the study of movement.