A crank is an arm attached at right angles to a rotating shaft by which reciprocating motion is imparted to or received from the shaft. It is used to convert circular motion into reciprocating motion, or vice-versa. The arm may be a bent portion of the shaft, or a separate arm or disk attached to it. Attached to the end of the crank by a pivot is a rod, usually called a connecting rod. The end of the rod attached to the crank moves in a circular motion, while the other end is usually constrained to move in a linear sliding motion.

The term often refers to a human-powered crank which is used to manually turn an axle, as in a bicycle crankset or a brace and bit drill. In this case a person’s arm or leg serves as the connecting rod, applying reciprocating force to the crank. There is usually a bar perpendicular to the other end of the arm, often with a freely rotatable handle orpedal attached. 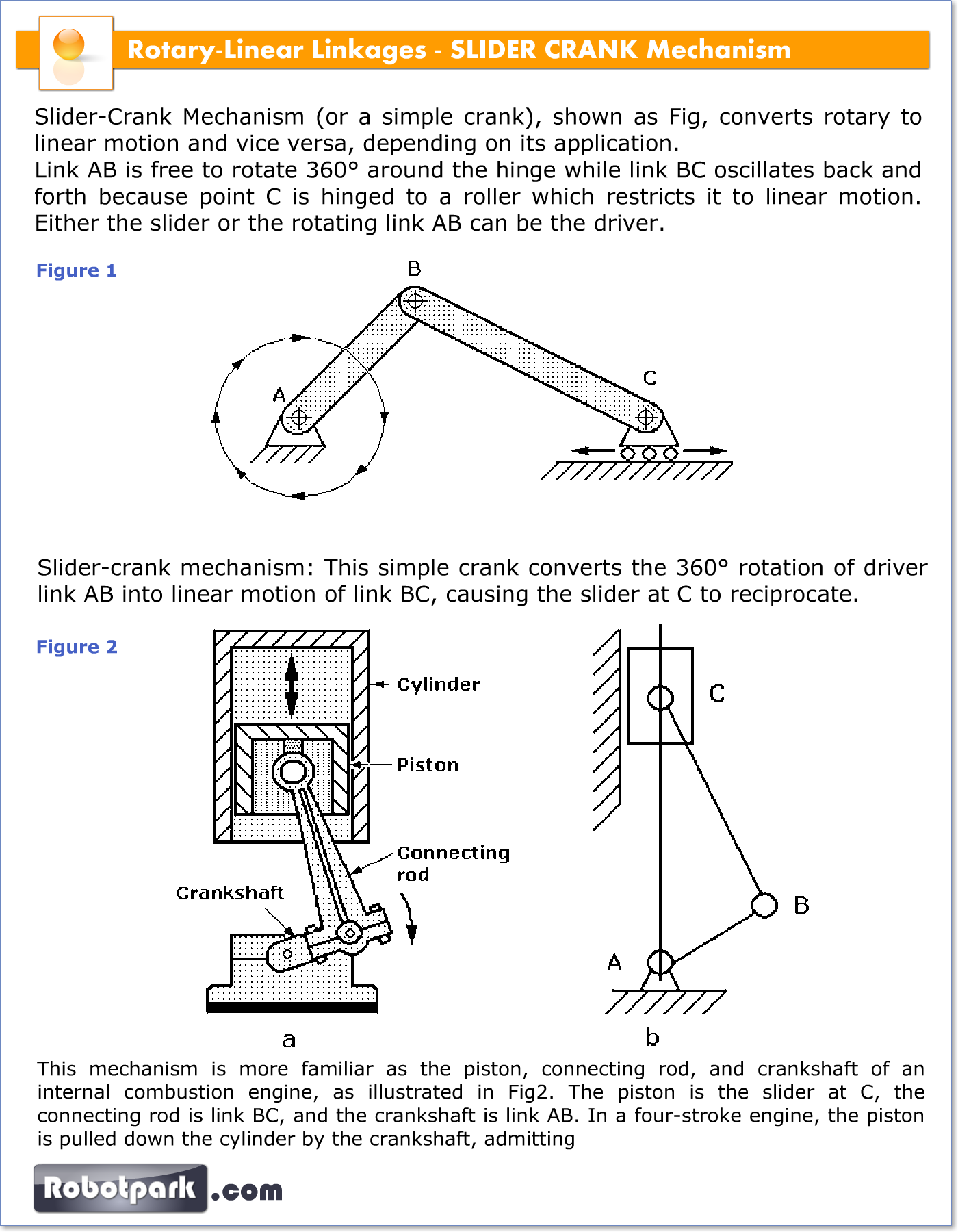 1- Slider-crank mechanism having a pause at the end of stroke.

The slider’s stroke length is nearly 4 times of the red crank length.