As machines become smarter, the programming becomes more sophisticated.No machine has yet been built that has intelligence anywhere near that of a human being. Some researchers think that true artificial intelligence (AI), at a level near that of the human brain, will never be achieved. 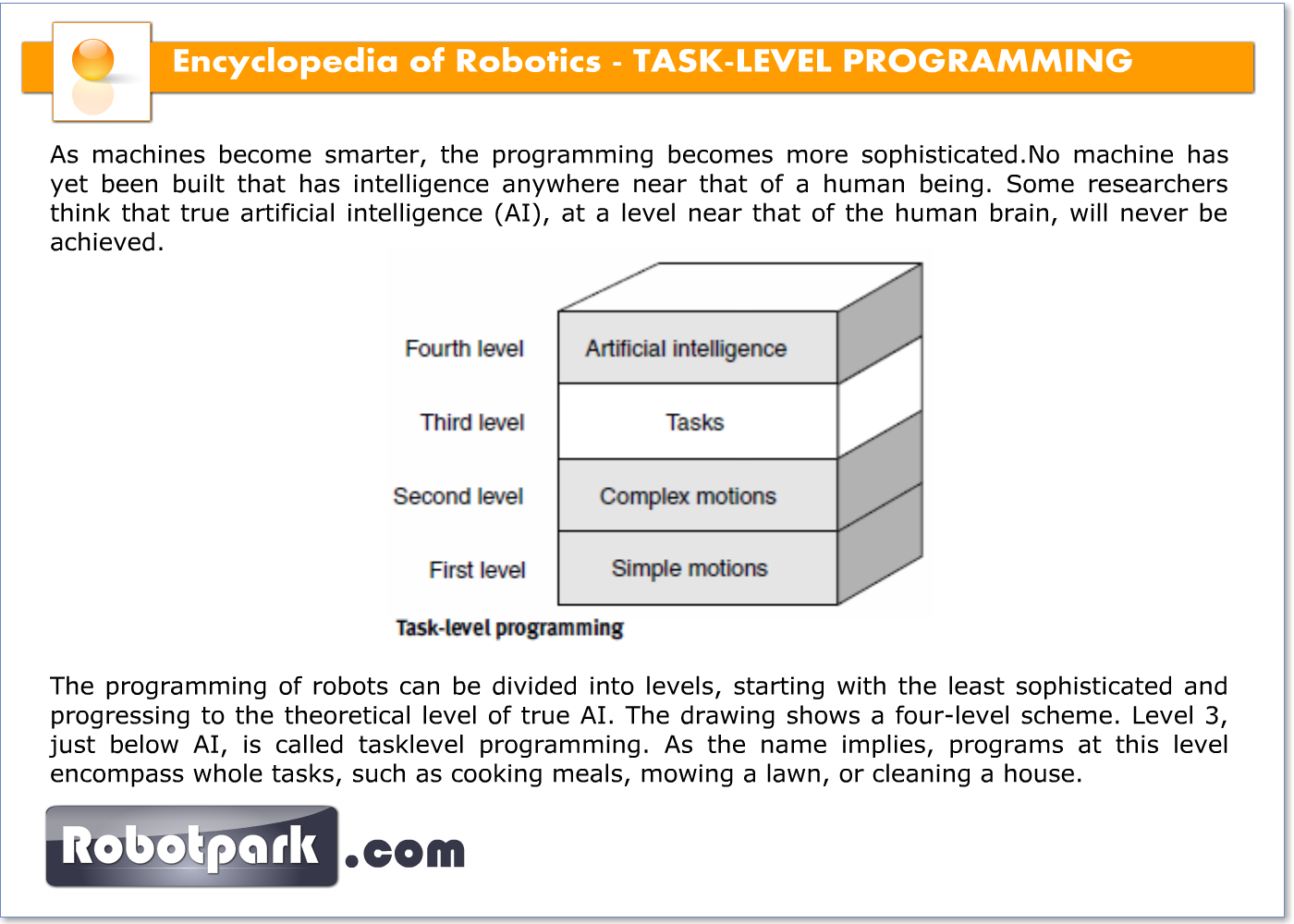 The programming of robots can be divided into levels, starting with the least sophisticated and progressing to the theoretical level of true AI. The drawing shows a four-level scheme. Level 3, just below AI, is called tasklevel programming. As the name implies, programs at this level encompass whole tasks, such as cooking meals, mowing a lawn, or cleaning a house.

Task-level programming lies just above the hierarchy from complexmotion planning, but below the level of sophistication generally considered to be AI.