Texture sensing is the ability of a robot end effector to ascertain the smoothness or roughness of a surface. Primitive texture sensing can be done with a laser and several light-sensitive sensors. 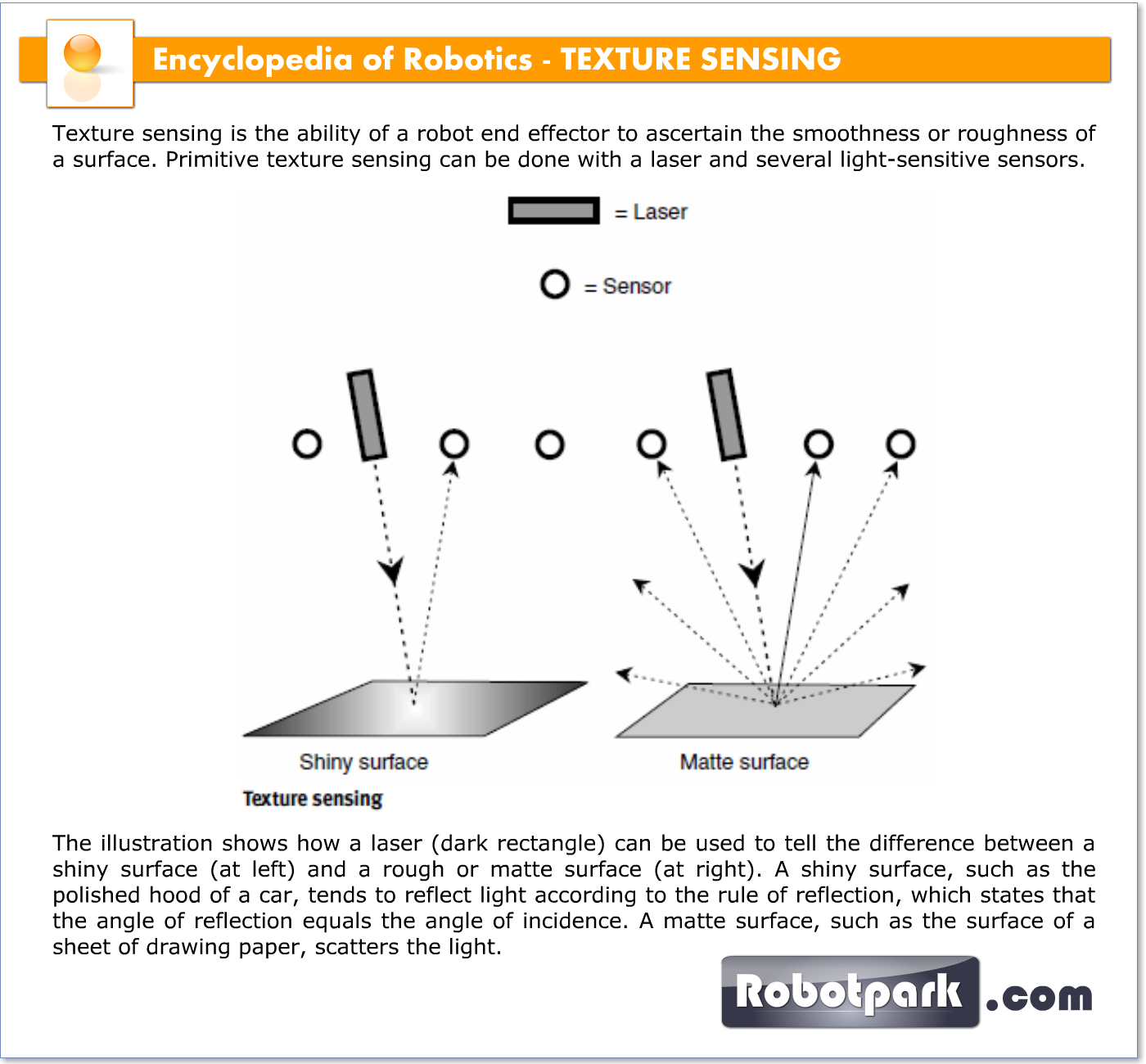 The illustration shows how a laser (dark rectangle) can be used to tell the difference between a shiny surface (at left) and a rough or matte surface (at right). A shiny surface, such as the polished hood of a car, tends to reflect light according to the rule of reflection, which states that the angle of reflection equals the angle of incidence. A matte surface, such as the surface of a sheet of drawing paper, scatters the light. The shiny surface reflects the beam back almost entirely to one of the sensors (circles), positioned in the path of the beam whose reflection angle equals its incidence angle. The matte surface reflects the beam back more or less equally to all of the sensors.

The visible-light texture sensing scheme cannot give an indication of relative roughness. It can only let a robot know that a surface is either shiny, or not shiny. A piece of drawing paper reflects the light in much the same way as a sandy beach or a new-fallen layer of snow. The measurement of relative roughness, or of the extent to which a grain is coarse or fine, requires more sophisticated techniques.