Robots can navigate in various ways. One good method is like the scheme that ship and aircraft captains have used for decades. It is called triangulation.

In triangulation, the robot has a direction indicator such as a compass. It also has a laser scanner that revolves in a horizontal plane. There must be at least two targets, at known, but different, places in the work environment, which reflect the laser beam back to the robot. The robot also has a sensor that detects the returning beams. Finally, it has a microcomputer that takes the data from the sensors and the direction indicator, and processes it to get its exact position in the work environment. 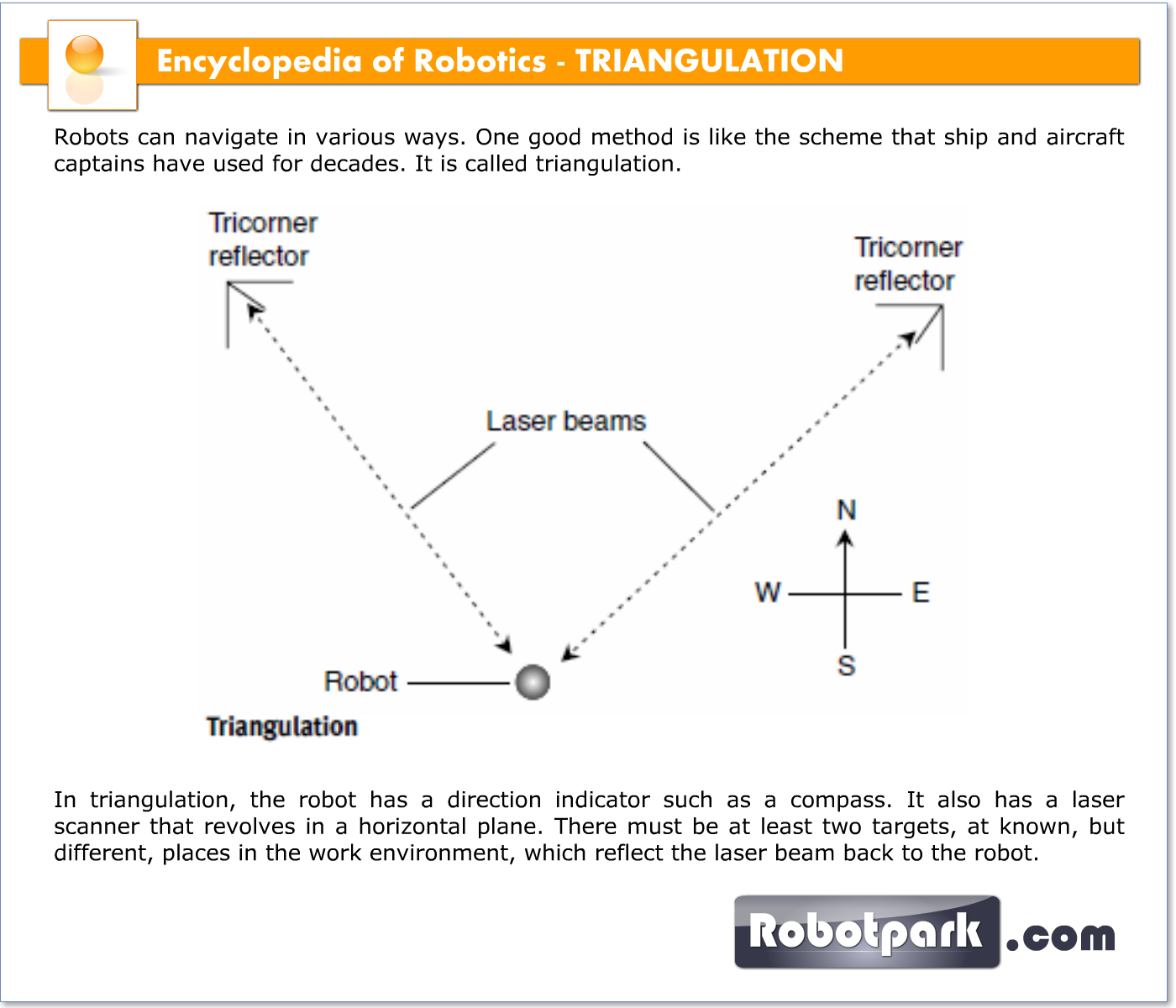 The direction sensor (compass) can be replaced by a third target. Then there are three incoming laser beams; the robot controller can determine its position according to the relative angles between these beams.

For optical triangulation to work, it is important that the laser beams not be blocked. Some environments contain numerous obstructions, such as stacked boxes, which interfere with the laser beams and make triangulation impractical. If a magnetic compass is used, it must not be fooled by stray magnetism; also, Earth’s magnetic field must not be obstructed by metallic walls or ceilings.

The principle of triangulation, using a direction sensor and two reflective targets, is shown in the illustration. The laser beams (dashed lines) arrive from different directions, depending on where the robot is located with respect to the targets. The targets are tricorner reflectors that send all light rays back along the path from which they arrive.