Wheel-drive locomotion is the simplest and cheapest way for a robot to move around. It works well in most indoor environments.

The most common number of wheels is three or four. A three-wheeled robot cannot wobble, even if the surface is a little irregular. A fourwheeled robot, however, is easier to steer. 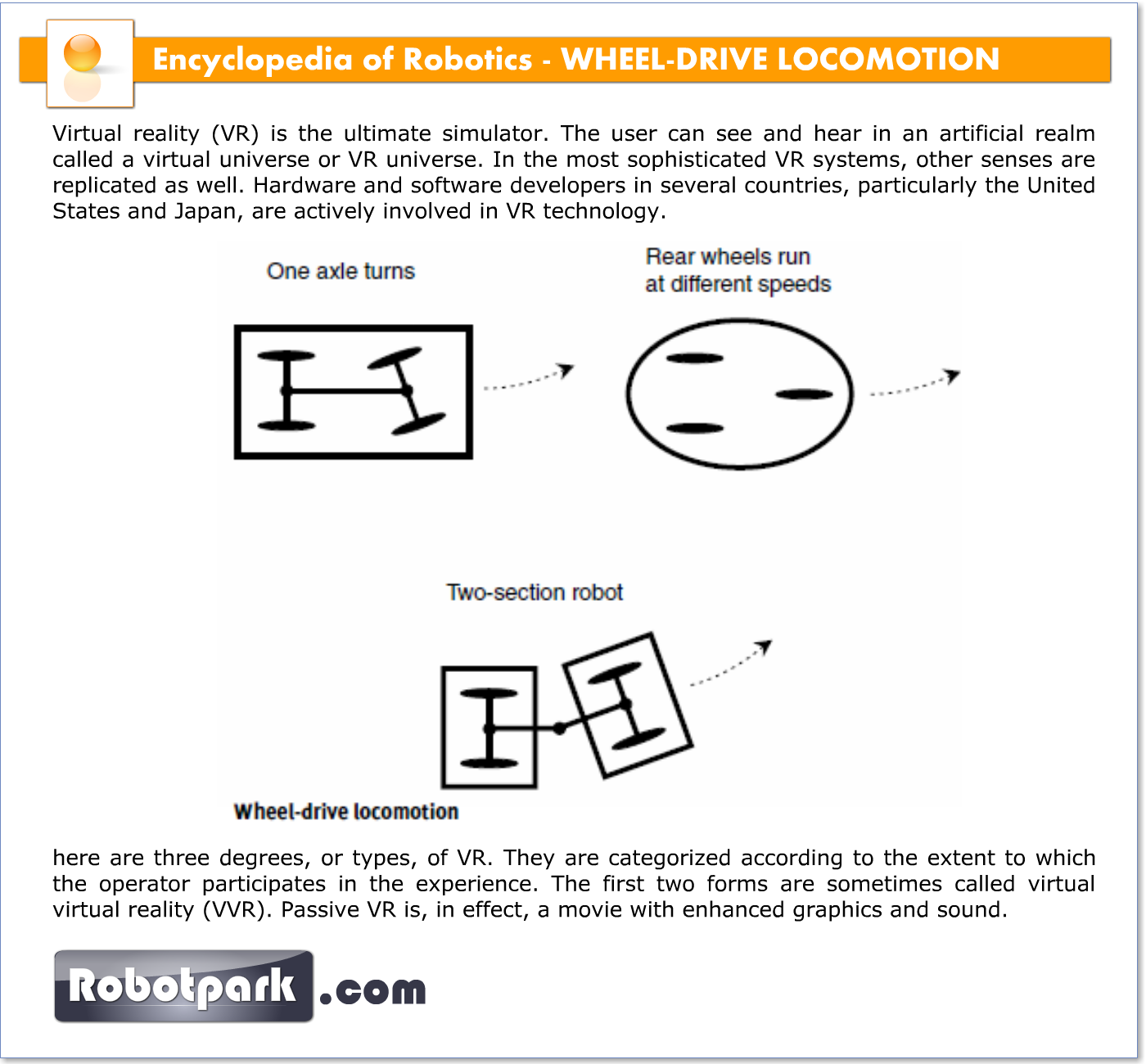 The most familiar steering scheme is to turn some or all of the wheels.This is easy to do in a four-wheeled robot. The front wheels are on one axle, and the rear wheels are on another. Either axle can be turned to steer the robot. The illustration at the upper left shows front-axle steering. Another method of robot steering is to run the wheels at different speeds. This is shown in the upper-right illustration for a three-wheeled robot turning left. The rear wheels are run by separate motors, while the front wheel is free-spinning (no motor). For the robot to turn left, the right rear wheel goes faster than the left rear wheel. To turn right, the left rear wheel must rotate faster.

A third method of steering for wheel-driven robots is to break the machine into two parts, each with two or more wheels. A joint between the sections can be turned, causing the robot to change direction. This scheme is shown in the lower illustration.

Simple wheel drive has limitations. One problem is that the surface must be fairly smooth. Otherwise the robot might get stuck or tip over. This problem can be overcome to some extent by using track-drive locomotion or tri-star wheel locomotion. Another problem occurs when the robot must go from one floor to another in a building. If elevators or ramps are not available, a wheel-driven robot is confined to one floor.However, specially built tri-star systems can enable a wheel-driven robot to climb stairs.

Another alternative to wheel drive is to provide a robot with legs. This is more expensive and is more difficult to engineer than any wheeldriven scheme.