Several different forces exist at the point where a robot arm joins the end effector. This point is called the wrist. It has one or more joints that move in various ways. A wrist-force sensor can detect and measure these forces. It consists of specialized pressure sensors known as strain gauges. The strain gauges convert the wrist forces into electric signals,which go to the robot controller. Thus the machine can determine what is happening at the wrist, and act accordingly. 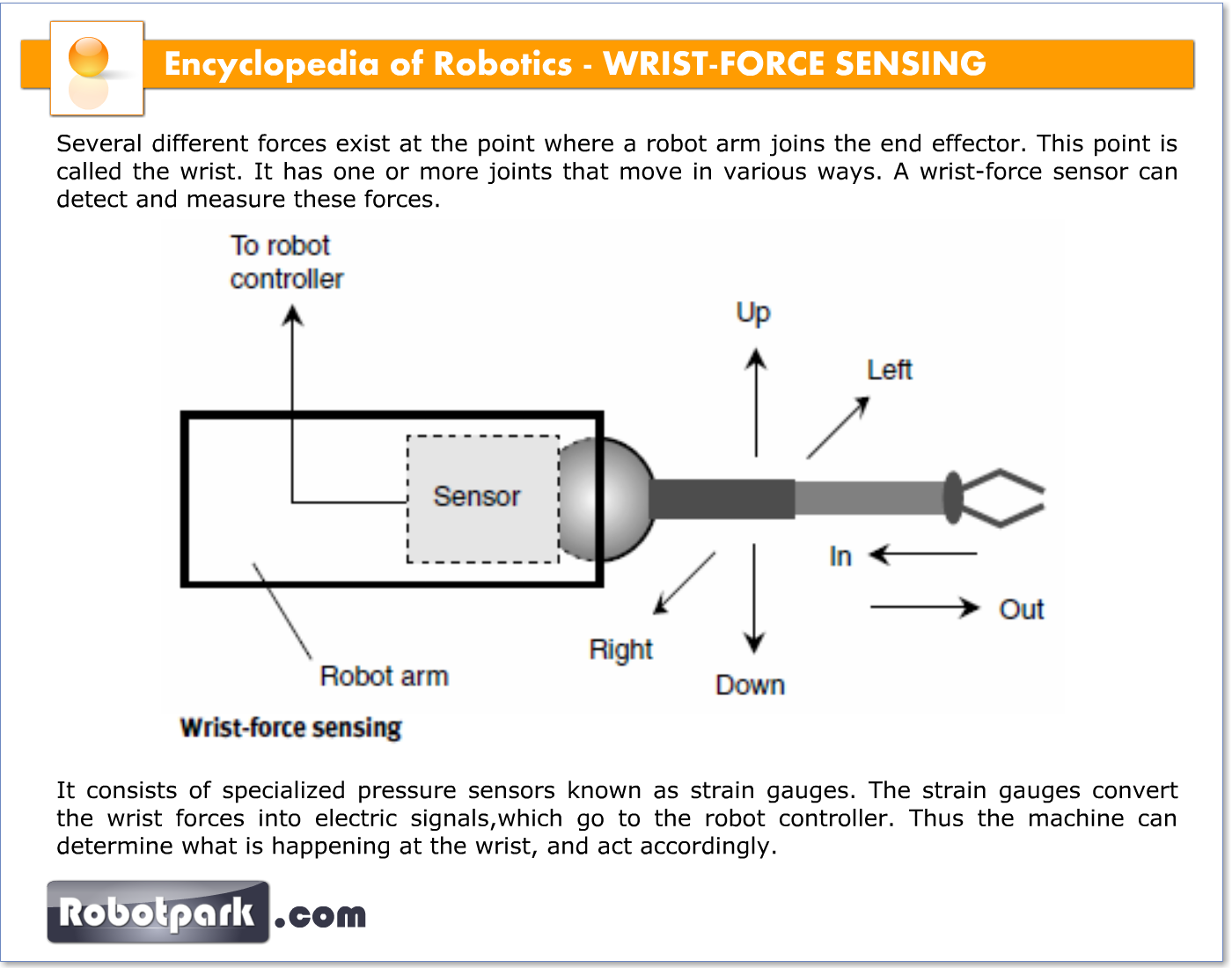 Wrist force is complex. Several dimensions are required to represent all the possible motions that can take place. The illustration shows a hypothetical robot wrist, and the forces that can occur there. The orientations are right/left, in/out, and up/down. Rotation is possible along all three axes. These forces are called pitch, roll, and yaw. A wrist-force sensor must detect, and translate, each of the forces independently. A change in one vector must cause a change in sensor output for that force, and no others.