Festo has added to its robotic menagerie with the creation of a robotic seagull that weighs just 450 g (15.87 oz) and boasts a wingspan of 1.96 m (6.4 ft). Dubbed the SmartBird, the ultralight flying robot was inspired by the herring gull and can take off, fly and land autonomously, without the help of any additional drive systems.

In creating the SmartBird, Festo says it has succeeded in deciphering the flight of birds. The robot’s wings not only beat up and down, with a lever mechanism increasing the degree of deflection to increase from the torso to the wing tip, but also twist at specific angles along their length in the same way that a real bird’s do so that the leading edge is directed upwards during the upward stroke. 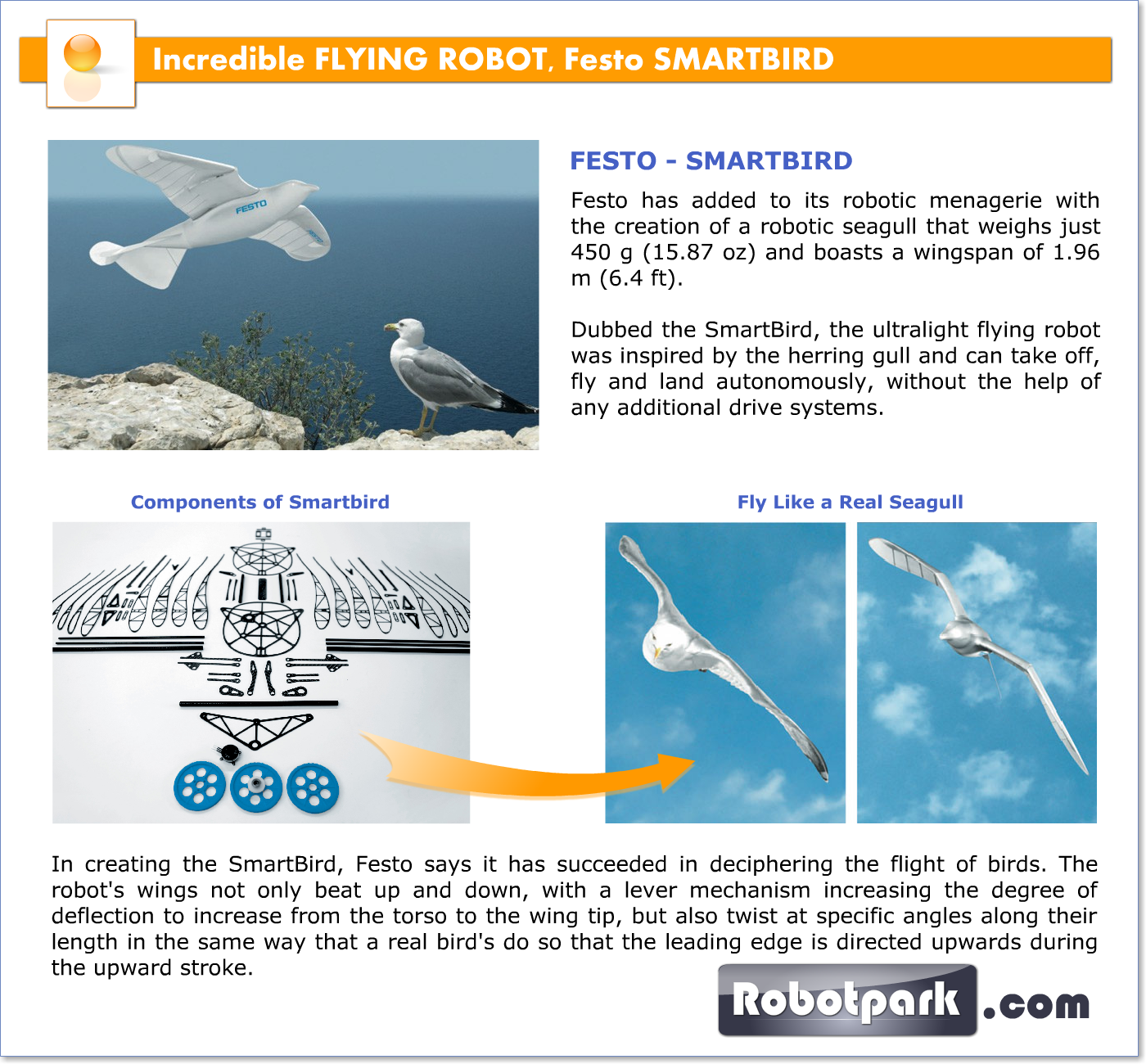 Directional control is achieved through the opposing movement of the robot’s head and torso sections, which is synchronized by means of two electric motors and cables. This enables it to bend aerodynamically, with simultaneous weight displacement, and is responsible for the SmartBird’s agility and maneuverability.

As with a real bird, the SmartBird’s tail isn’t just for show either. It produces lift and functions as both a pitch elevator and yaw rudder. In addition to stabilizing the robot in a similar way to an aircraft’s conventional vertical stabilizer, the tail also tilts to initiate left and right turns and rotates about the longitudinal axis to produce yaw.

Packed inside the SmartBird’s torso are the battery, engine and transmission, the crank transmission and control and regulation electronics. Wing position and torsion can be monitored via two-way ZigBee protocol radio communication and can be adjusted and optimized in real time during flight.

Festo says developing the SmartBird has provided insights that will help it in a variety of areas. The robot’s minimal use of materials and lightweight construction will help increase efficiencies in resource and energy consumption, while the functional integration of its coupled drive units have provided ideas the company says it can transfer to the development of hybrid drive technology. Additionally, analysis of its flow characteristics during development has provided insights into ways to optimize future designs. Another plus is that it won’t try and steal your chips at the beach.