Binaural machine hearing utilizes two sound transducers, spaced a certain minimum distance from each other, to determine the direction from which acoustic waves are coming. This is done by comparing the relative phase and/or the relative loudness of the incoming wavefronts at the transducers. 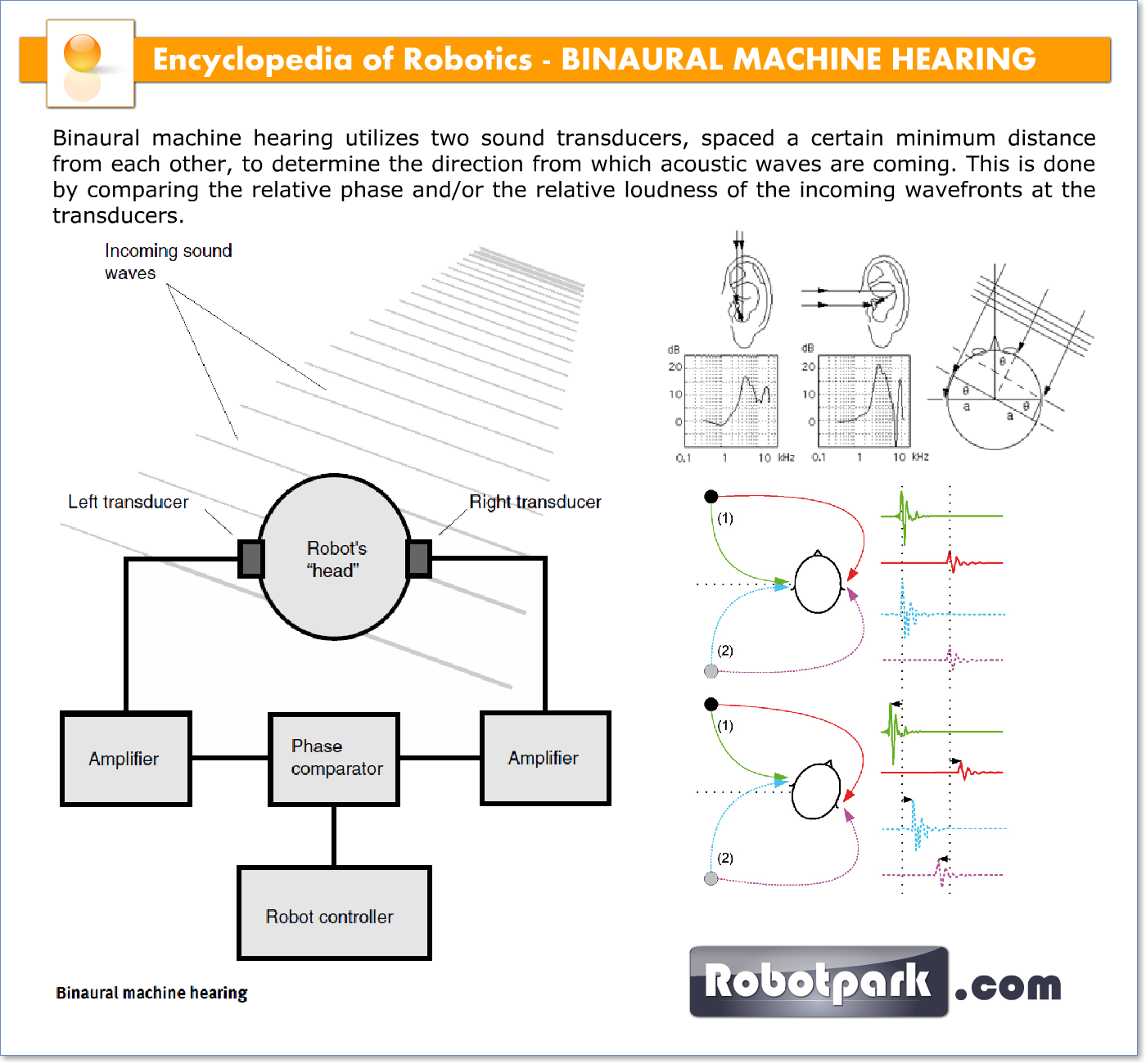 The human ear/brain system processes acoustic information to a high degree of exactitude, allowing a person to locate a sound source with remarkable accuracy even when the source cannot be seen. When equipped with sensitive transducers, a circuit called a phase comparator, and a sophisticated controller, a robot can do the same.

In binaural machine hearing, two sound transducers are positioned on either side of a robot’s “head.” The phase comparator measures the relative phase and intensity of the signals from the two transducers.These data are sent to the controller, letting the robot determine, with certain limitations, the direction from which the sound is coming (see the illustration). If the system is confused, the robot head can turn until the confusion is eliminated and a meaningful bearing is obtained.