A capacitive pressure sensor consists of two metal plates separated by a layer of nonconductive (dielectric) foam. The resulting variable capacitor is connected in parallel with an inductor; the inductance/capacitance (LC) circuit determines the frequency of an oscillator. If an object strikes the sensor, the plate spacing momentarily decreases. This increases the capacitance, causing a drop in the oscillator frequency. When the object moves away from the transducer, the foam springs back, the plates return to their original spacing, and the oscillator frequency returns to normal. The illustration is a functional block diagram of a capacitive pressure sensor. 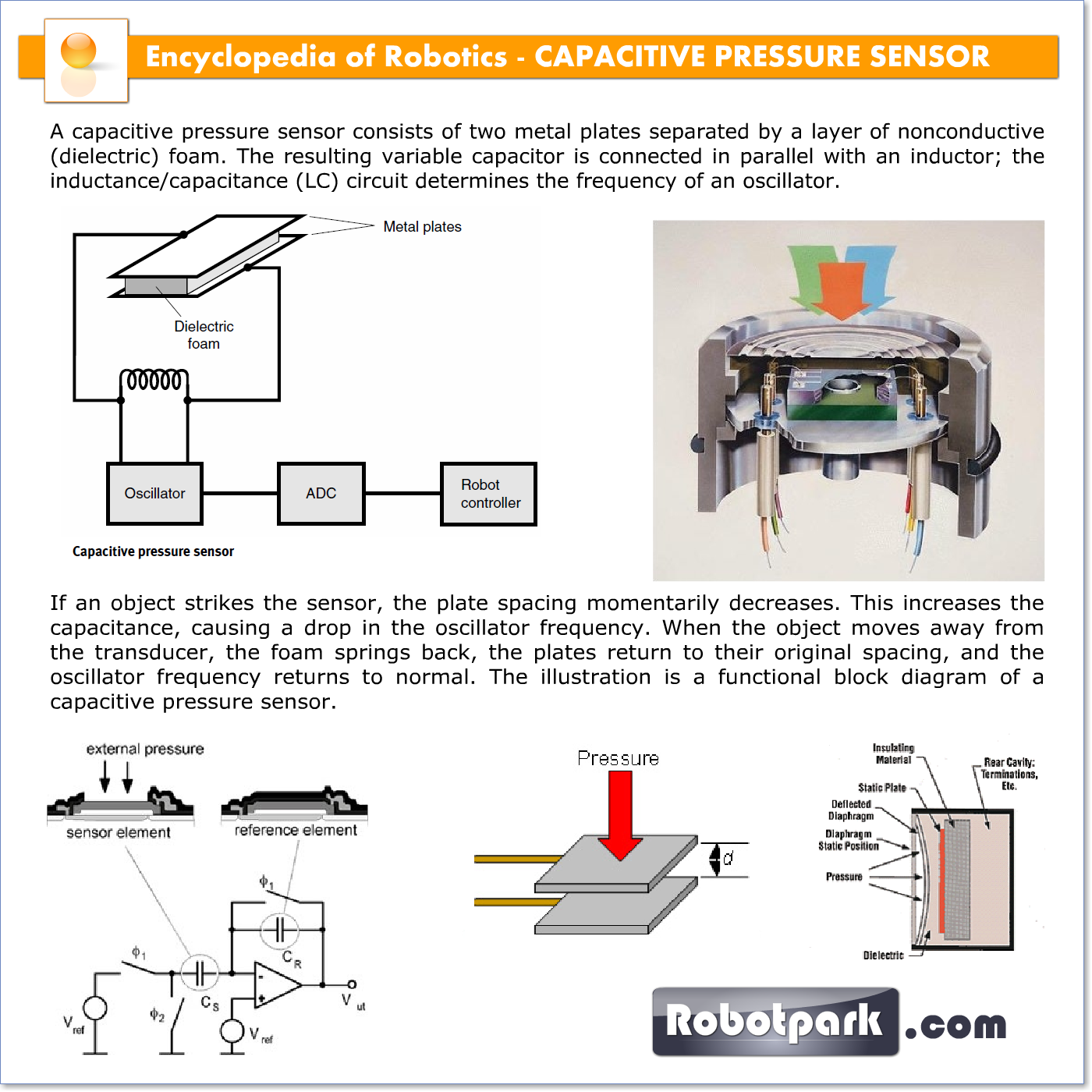 The output of the sensor can be converted to digital data using an analog-to-digital converter (ADC) and then sent to a robot controller. Pressure sensors can be mounted in various places on a mobile robot, such as the front, back, and sides. Then, for example, physical pressure on the sensor in the front of the robot might send a signal to the controller, which tells the machine to move backward.

A capacitive pressure sensor can be fooled by massive conducting or semiconducting objects in its vicinity. If such a mass comes near the transducer, the capacitance changes, even if direct contact is not made. This phenomenon is known as body capacitance. When the effect must be avoided, an elastomer can be used for pressure sensing. For proximity sensing, however, the phenomenon can be useful.