Epipolar navigation is a means by which a machine can locate objects in three-dimensional (3-D) space. It can also navigate, and figure out its own position and path. Epipolar navigation works by evaluating the way an image appears to change as viewed from a moving point of view. The human eye/brain system does this to a limited degree with little thought or conscious effort. Robot vision systems can do it with extreme precision. 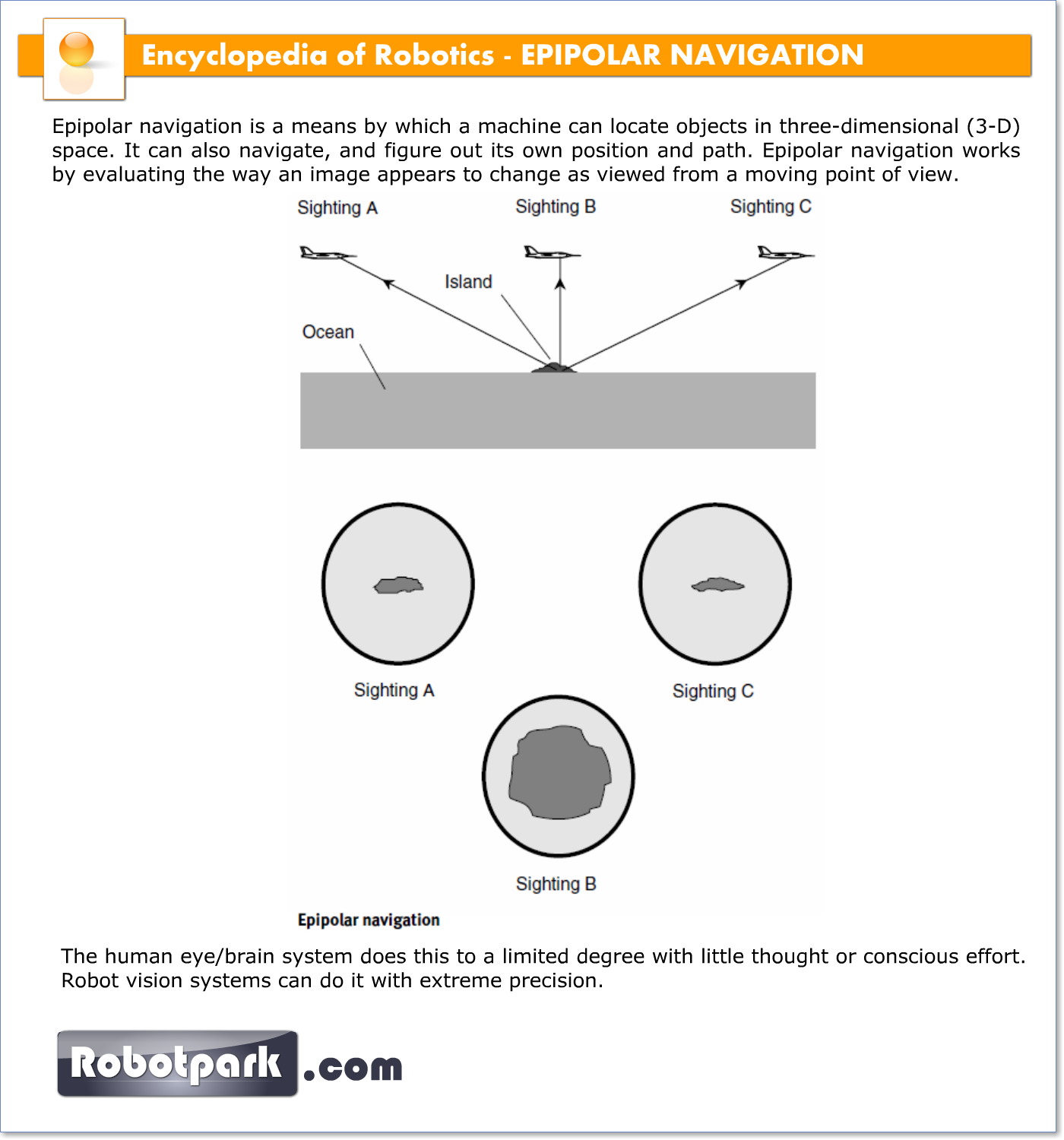 To illustrate epipolar navigation, imagine a robotic aircraft (drone) flying over the ocean. The only land beneath the drone is a small island (see the illustration). The robot controller has, on its hard drive, an excellent map that shows the location, size, and exact shape of this island. For instrumentation, the drone has only a computer, a good video camera, and sophisticated programming. The drone can navigate its way by observing the island and scrutinizing the shape and angular size of the island’s image.

The key is that there exists a one-to-one correspondence between all points within sight of the island, and the angular size and shape of the island’s image. The correspondence is far too complex for a human being to memorize exactly; but for a computer, matching the image it sees with a particular point in space is easy.

Epipolar navigation can, in theory, work on any scale, and at any speed—even relativistic speeds at which time dilation occurs. It is a method by which robots can find their way without triangulation, direction finding, beacons, sonar, or radar. It is, however, necessary that the robot have a detailed, precise, and accurate computer map of its environment.