The field of view (FOV) of a directional sensor is a quantitative expression of the angular range within which it reacts properly to stimuli, or percepts. The FOV is defined in terms of x and y (major and minor) angles, and applies primarily to unidirectional sensors (that is, devices intended to pick up energy from one direction). These angles can be defined as radial, relative to the axis at which the sensor is most responsive, or diametric (twice the radial value). 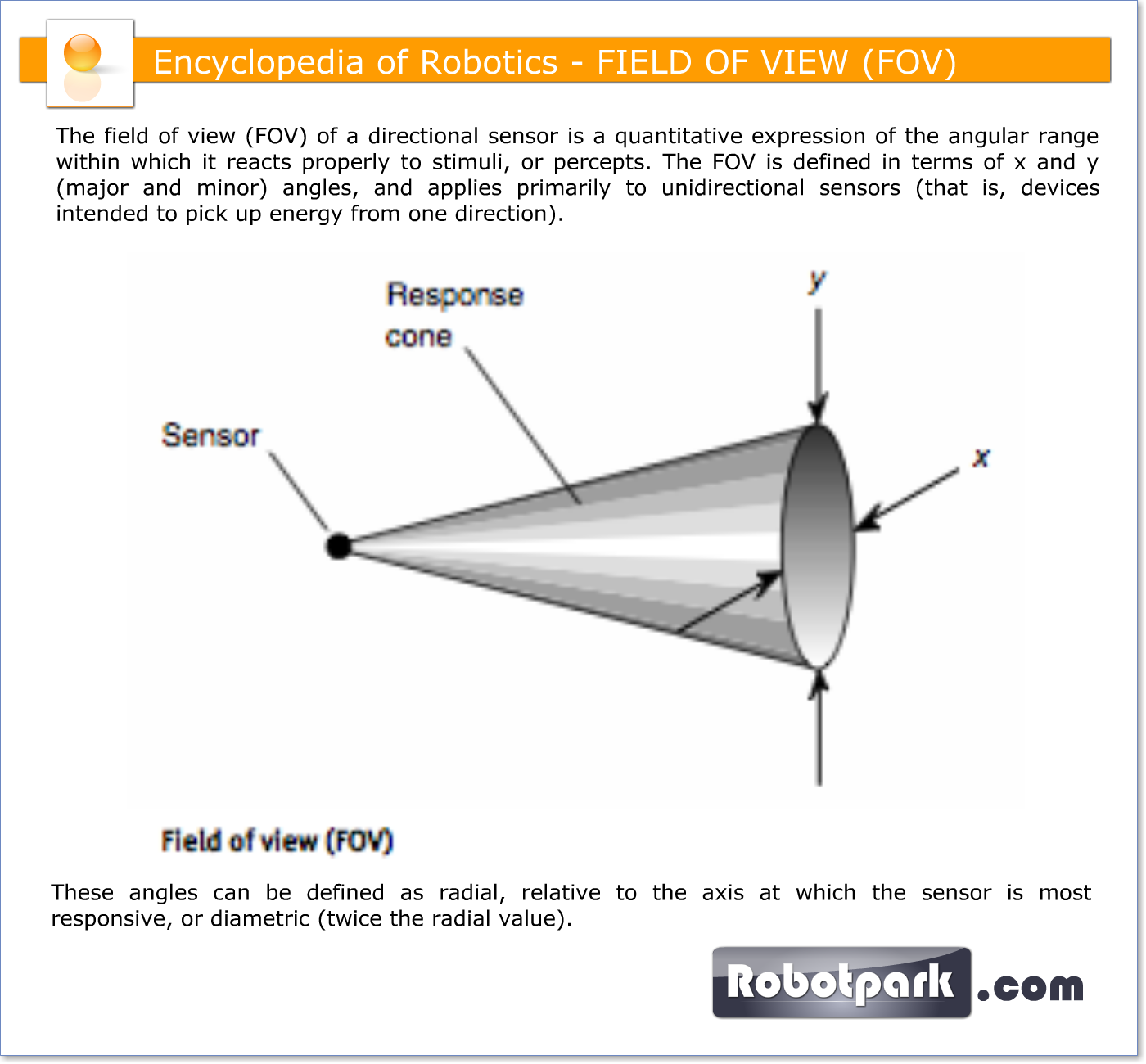 The horizontal FOV of a sensor takes the shape of a cone in three- dimensional (3-D) space, with the apex at the sensor, as shown in the illustration. This cone does not necessarily have the same flare angle in all planes passing through its axis. As “seen” from the point of view of the sensor itself, the cone appears as a circle or ellipse in an image of the work environment. If the FOV cone is circular, then the x and y angles are the same. If the FOV cone is elliptical, then the x and y angles differ.