Graphical path planning is a method of navigation used by mobile robots. It is a specialized scheme or set of schemes for the execution of metric path planning. In graphical path planning, all possible routes are plotted on a computer map of the work environment. These routes can be chosen in various ways, by employing specific algorithms. 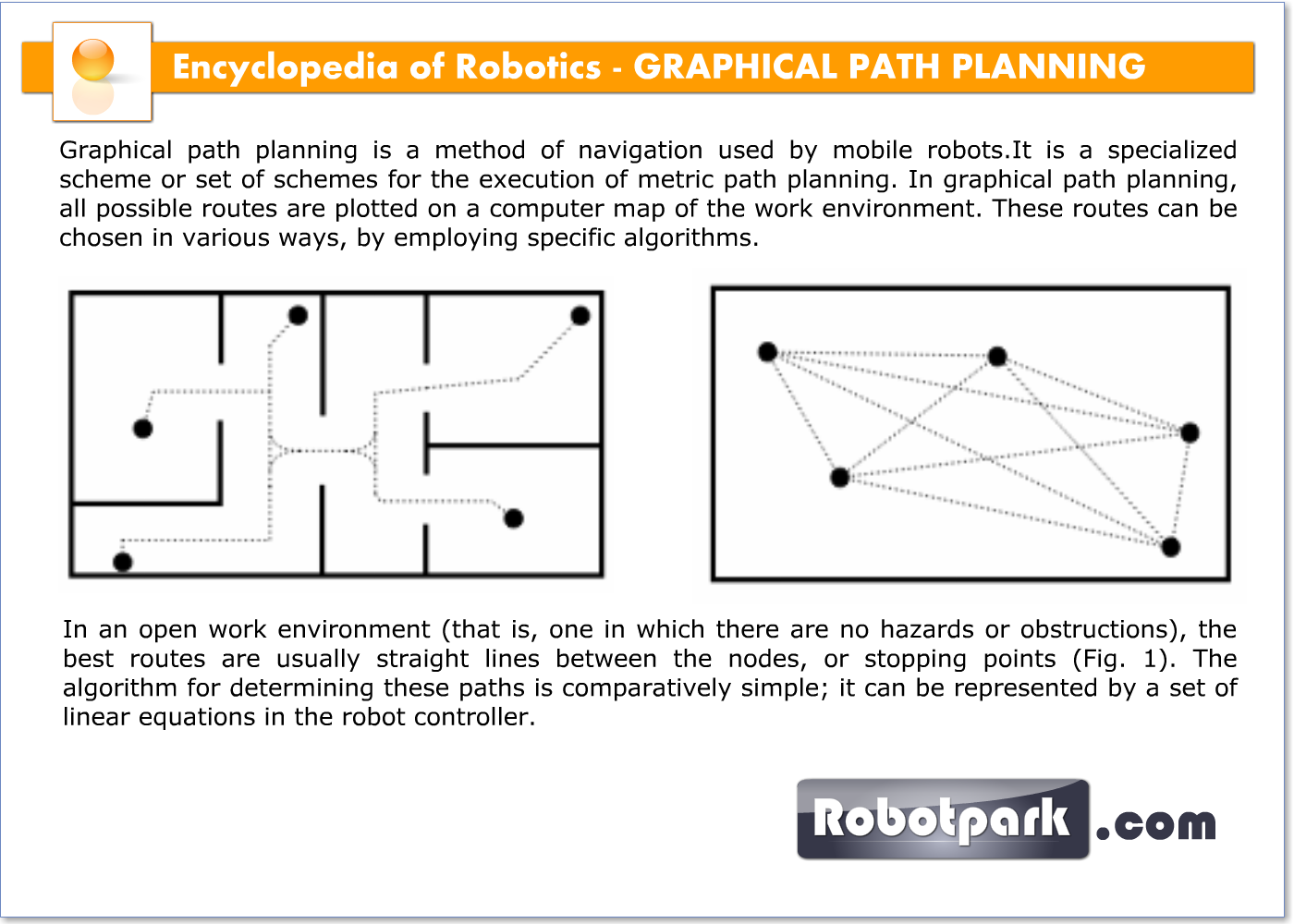 In an open work environment (that is, one in which there are no hazards or obstructions), the best routes are usually straight lines between the nodes, or stopping points (Fig. 1). The algorithm for determining these paths is comparatively simple; it can be represented by a set of linear equations in the robot controller. An obstacle, barrier, or hazard can complicate this scenario, but only if it intersects, or nearly intersects, one of the lines determined by the linear equations. To avoid mishaps, the algorithm can be modified to include a statement to the effect that the machine must never come closer than a certain distance to an obstacle, barrier, or hazard. Proximity sensing can be employed to detect these situations.

In a work environment in which there are numerous obstacles or hazards, or where there are barriers such as walls separating rooms and hallways, the straight-line algorithm is not satisfactory, even in amended form, because too many modifications are necessary. One scheme that works quite well in this type of environment is the Voronoi graph. The paths are defined as sets of points at the greatest possible distances from obstacles, barriers, or hazards. In a hallway, for example, the path goes down the middle. The same is true as the robot passes through doorways. The paths in other places depend on the locations of the nodes, and the arrangement of obstructions in the rooms or open areas.