All binary digital devices and systems employ electronic switches that perform various Boolean functions. A switch of this type is called a logic gate. 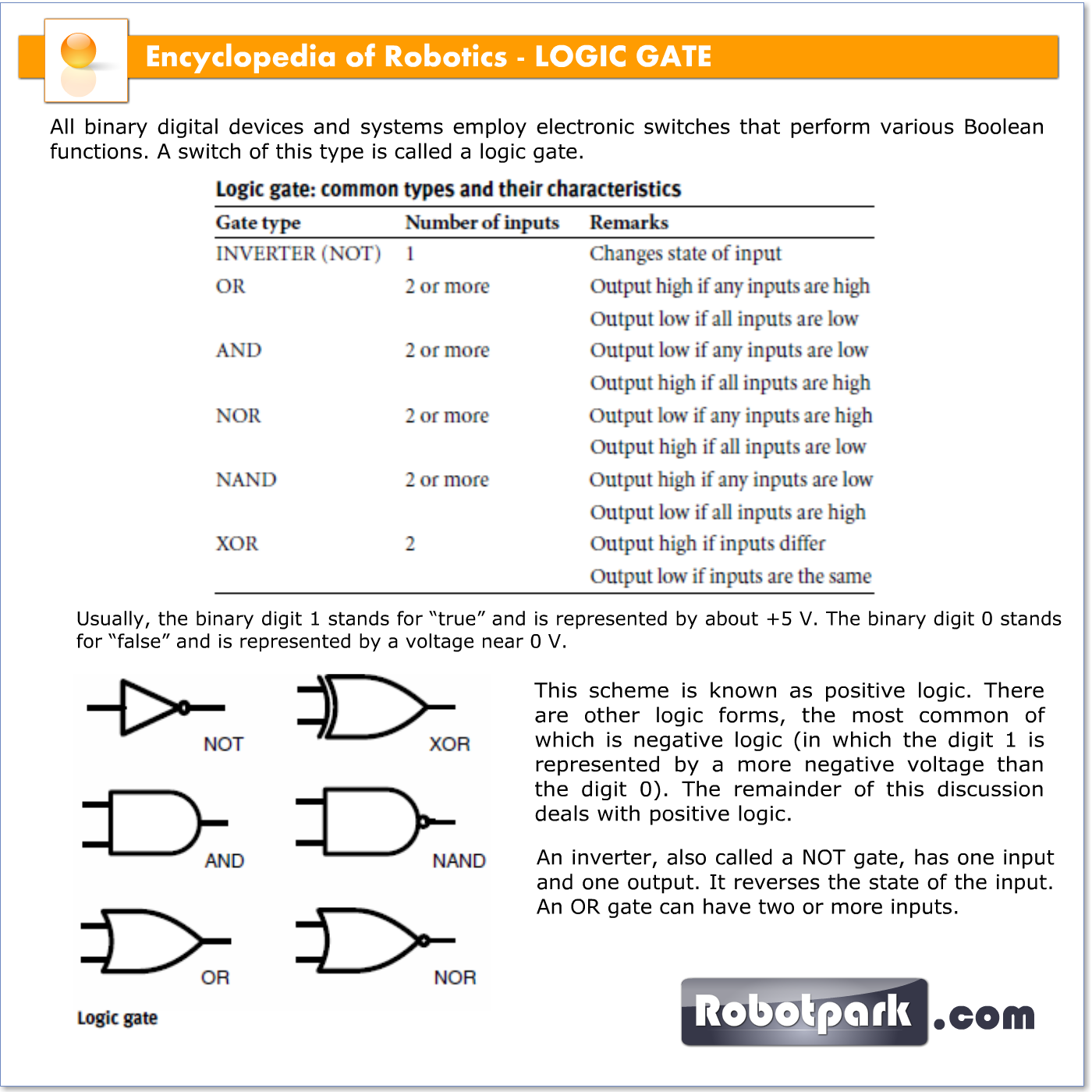 Sometimes an inverter and an OR gate are combined. This produces a NOR gate. If an inverter and an AND gate are combined, the result is a NAND gate. An exclusive OR gate, also called an XOR gate, has two inputs and one output. If the two inputs are the same (either both 1 or both 0), then the output is 0. If the two inputs are different, then the output is 1. The functions of logic gates are summarized in the accompanying table, and their schematic symbols are shown in the illustration.