In binocular machine vision, the term correspondence refers to the focusing of both video cameras or receptors on the same point in space. This ensures that the video perception is correct. If the two “eyes” are not focused at the same point, the ability of the machine to perceive depth is impaired. 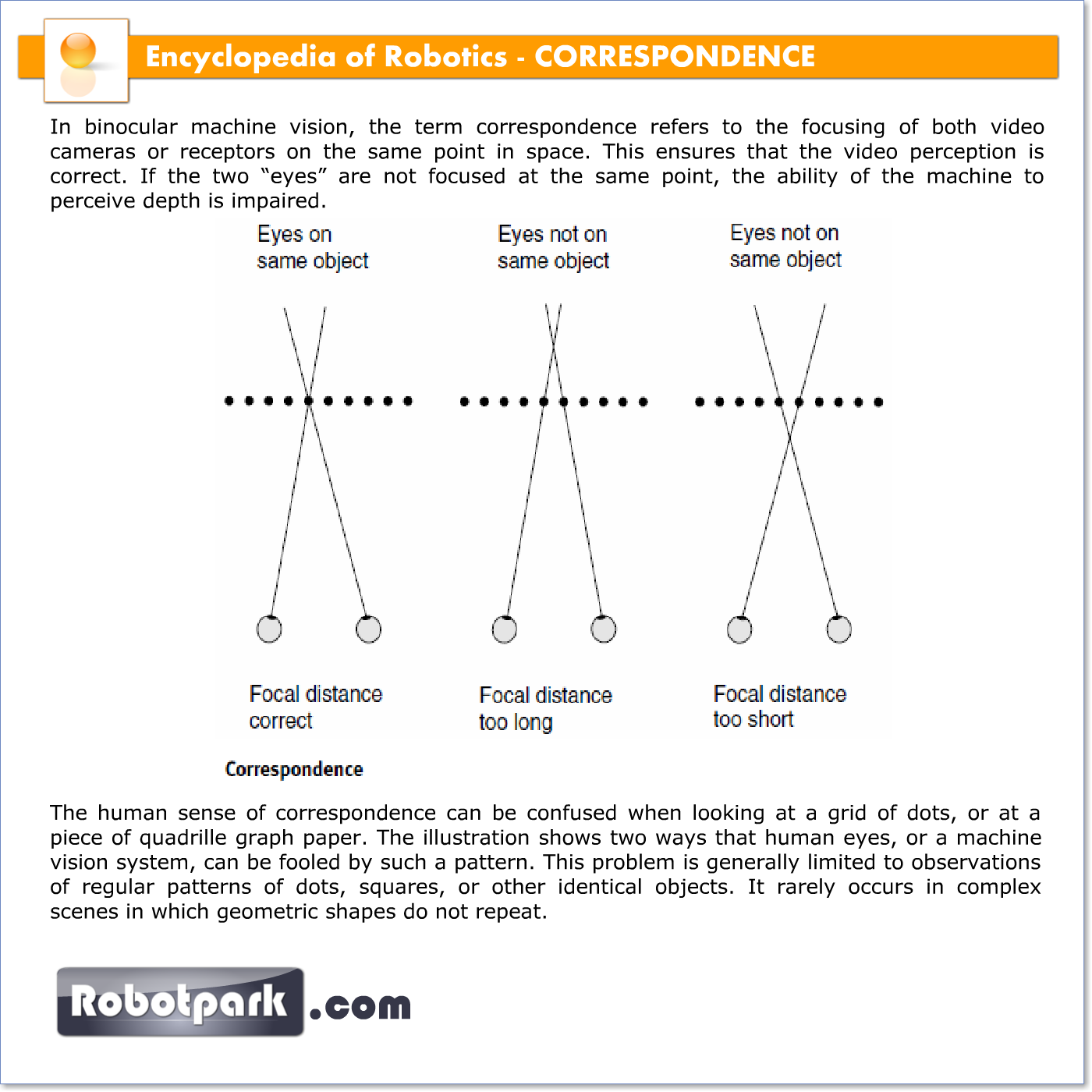 The human sense of correspondence can be confused when looking at a grid of dots, or at a piece of quadrille graph paper. The illustration shows two ways that human eyes, or a machine vision system, can be fooled by such a pattern. This problem is generally limited to observations of regular patterns of dots, squares, or other identical objects. It rarely occurs in complex scenes in which geometric shapes do not repeat.

On the left in the illustration, both video sensors (shown as eyeballs) are looking at the same point. Thus, depth is perceived correctly, even if the views of the object appear slightly different because of the difference in viewing angle through either sensor. In the drawings in the center and on the right, the left sensor is looking at one object in the set, while the right sensor looks at another. Because all the objects are evenly spaced, they seem to line up as perceived by the vision system. If a robot manipulator acts on this incorrect information, positioning errors are likely.