In robotics, a landmark is a specific feature of a robot’s work environment, notable because of its usefulness in navigation and ranging. Landmarks are generally fixed with respect to time. Examples include a desk, a doorway, or a set of objects such as buildings or signs. Landmarks can be natural or artificial. Sometimes they are deliberately positioned for the purpose of assisting robots in their navigation within a region. 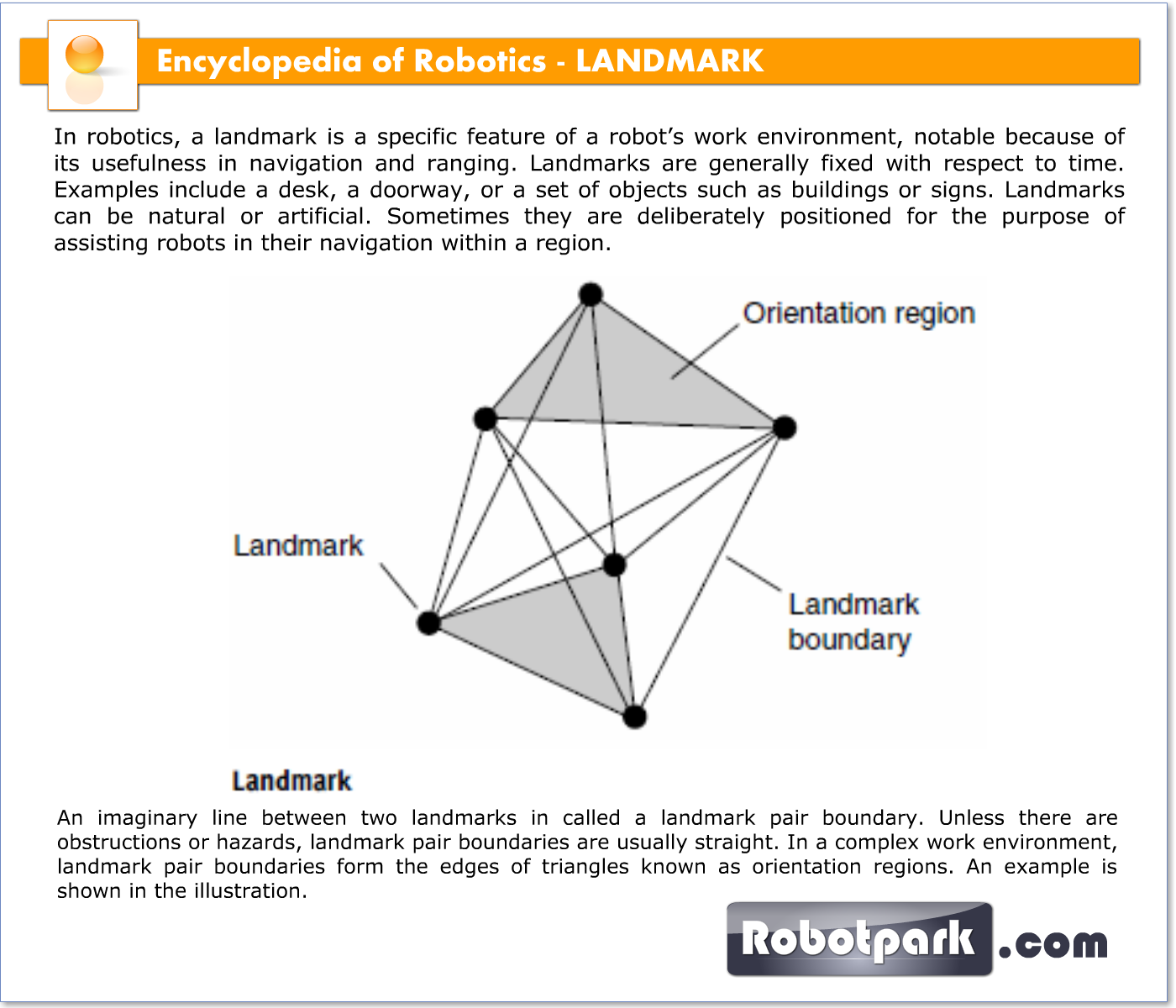