Parallax is the effect that allows you to judge distances to objects and to perceive depth. Robots with binocular machine vision use parallax for the same purpose. The illustration shows the basic principle. Nearby objects appear displaced, relative to a distant background, when viewed with the left eye as compared to the view seen through the right eye. The extent of the displacement depends on the proportional difference between the distance to the nearby object and the distant reference scale, and also on the separation between the left eye and the right eye. 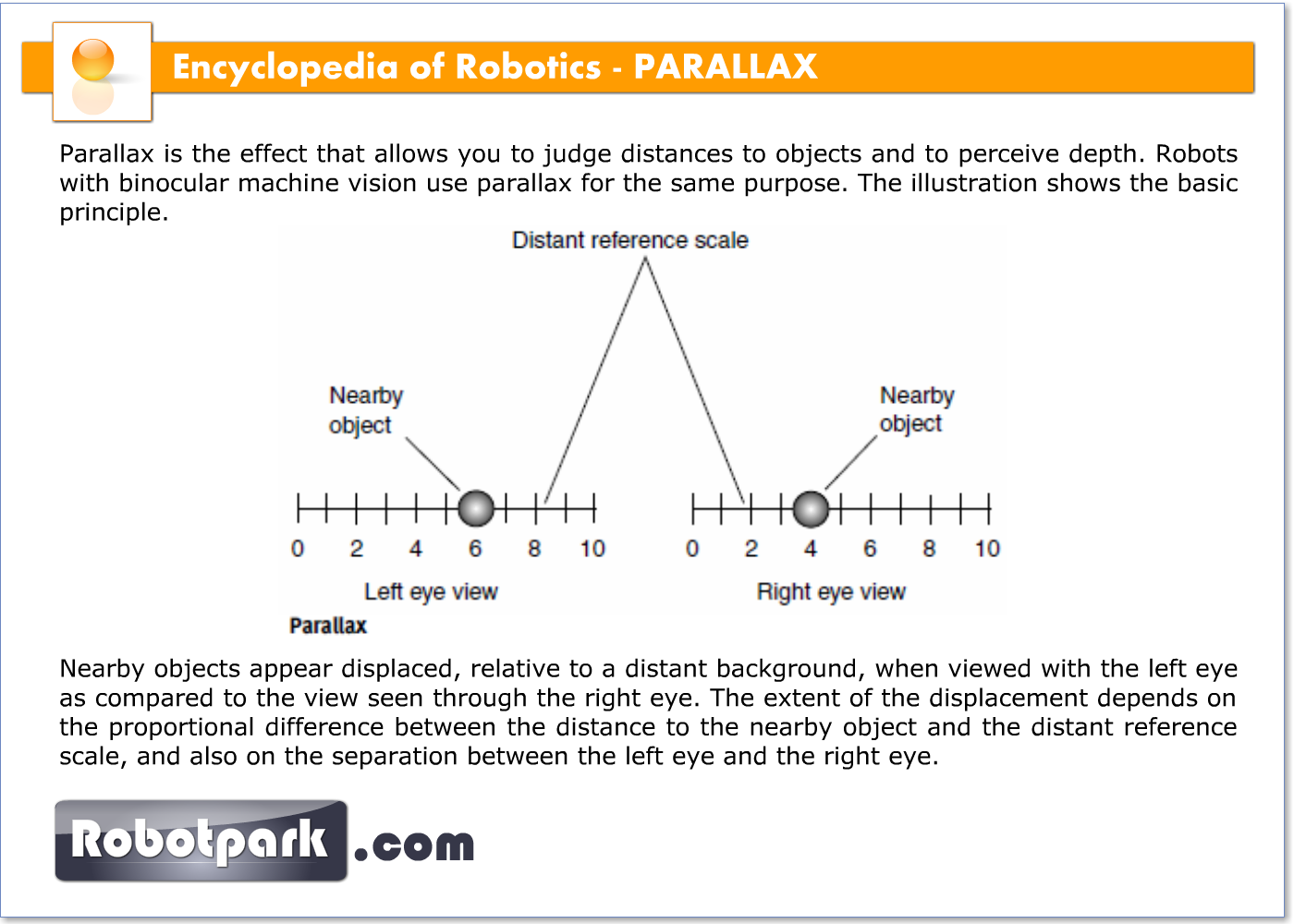 Parallax can be used for navigation and guidance. If you are heading toward a point, that point seems stationary while other objects seem to move away from it.You see this while driving down a flat, straight highway. Signs, trees, and other road-side objects appear to move radially outward from a distant point on the road. A robot vision system can use this effect to sense the direction in which it is moving, its speed, and its location.