Proximity sensing is the ability of a robot to tell when it is near an object, or when something is near it. This sense keeps a robot from running into things. It can also be used to measure the distance from a robot to some object. 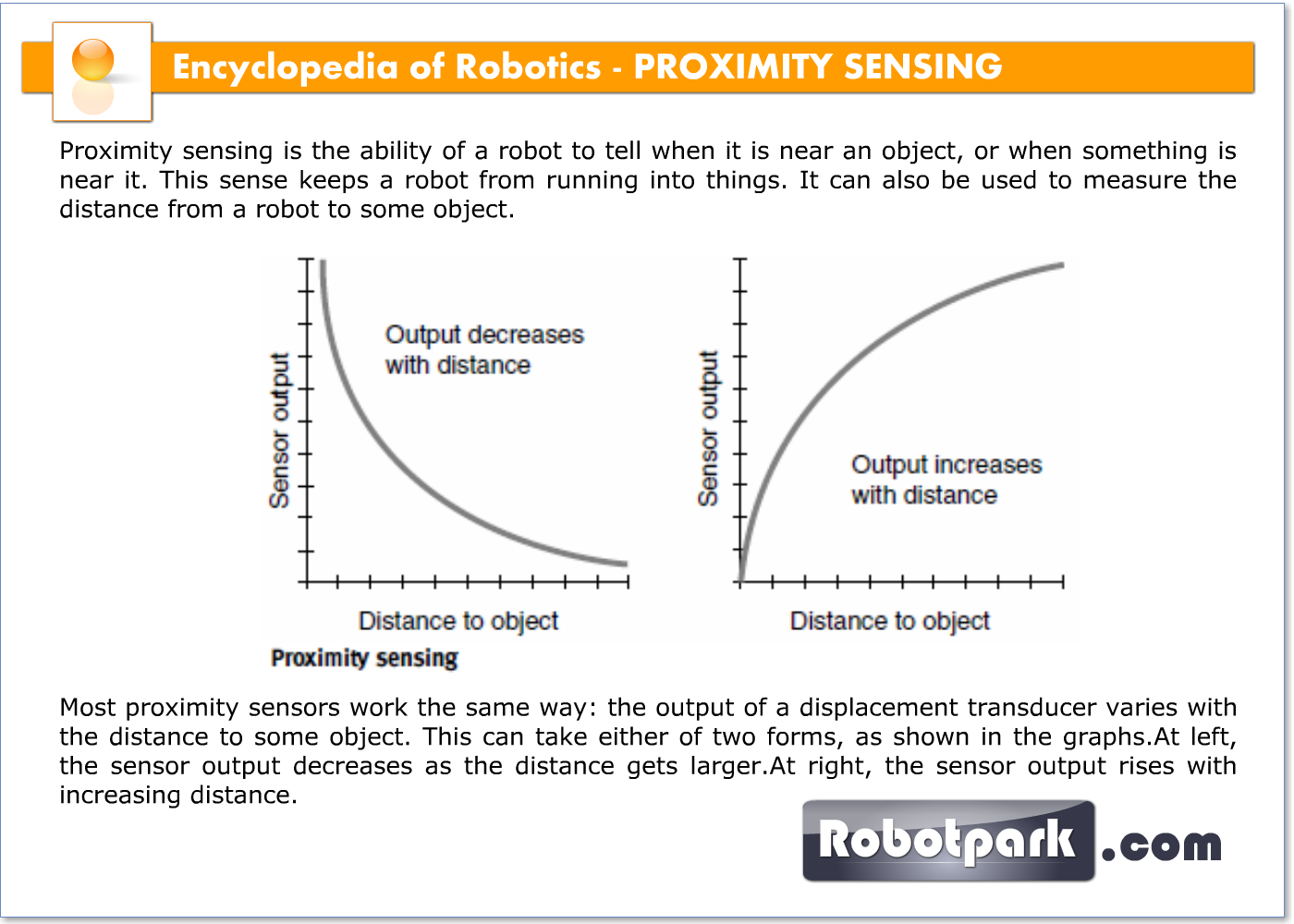 In theory, either type of displacement transducer can function in any application, but one type is usually easier to work with, in a given situation, than the other.

The presence of nearby objects can cause mutual capacitance or mutual inductance effects. These effects can be sensed and the signals transmitted to the robot controller. Capacitive proximity sensors operate using electrostatic effects, while inductive proximity sensors employ ferromagnetic coupling.

An infrared (IR) or visible laser beam can be bounced off anything that will reflect or scatter the energy. The return-signal delay can be measured, and the distance to the object determined by the robot controller. This is called ladar (short for laser detection and ranging). Ladar will not work for objects that do not reflect IR or visible energy. A white painted wall will reflect such energy well; the same wall painted dull black will not. Ladar works better at relatively long distances than at short distances, over which sonar or interferometry provide superior results.

Proximity sensing can be done using radar or sonar. Radar works with ultra-high-frequency (UHF) or microwave radio signals. Sonar uses acoustic waves. Pulses are transmitted and picked up after they reflect from objects. The delay time is measured, and the results sent to the robot controller. The principle is basically like that of a laser-ranging proximity sensor.

Radar will not work for objects that do not reflect UHF or microwave energy.Metallic objects reflect this energy well; salt water is fair; and trees and houses are poor. Radar, like ladar, works better at long distances than close up. Sonar can function well at small distances, because the speed of sound in much slower than the speed of electromagnetic (EM) waves in free space.