“They are wonderful examples of optimal engineering by nature,” said Hilary Bart-Smith, an associate professor of mechanical and aerospace engineering in the University of Virginia’s School of Engineering and Applied Science.

Bart-Smith and her colleagues at three other universities are trying to emulate the seemingly effortless but powerful swimming motions of rays by engineering their own ray-like machine modeled on nature.

They are designing an “autonomous underwater vehicle” that someday may surpass what nature has provided as a model. The vehicle has potential commercial and military applications, and could be used for undersea exploration and scientific research. Sometimes called “bio-mimicry” – the attempt to copy nature – Bart-Smith calls her work “bio-inspired.”

“We are studying a creature to understand how it is able to swim so beautifully, and we are hoping to improve upon it,” she said. “We are learning from nature, but we also are innovating; trying to move beyond emulation.”

Bart-Smith’s team, which includes researchers at U.Va., Princeton University, the University of California-Los Angeles and West Chester University, are modeling their mechanical ray on the cow-nosed ray, a species common to the western Atlantic and Chesapeake Bay.

The team members, who are experts in marine biology, biomechanics, structures, hydrodynamics and control systems, have created a prototype molded directly from a real cow-nosed ray. By studying the motions of living rays in the field and the laboratory and through dissection, this prototype attempts to replicate the near-silent flaps of the wing-like pectoral fins of a ray, to swim forward, turn, accelerate, glide and maintain position.

“Biology has solved the problem of locomotion with these animals, so we have to understand the mechanisms if we are going to not only copy how the animal swims, but possibly even to improve upon it,” Bart-Smith said.

Her team is trying to achieve optimal silent propulsion with a minimum input of energy. 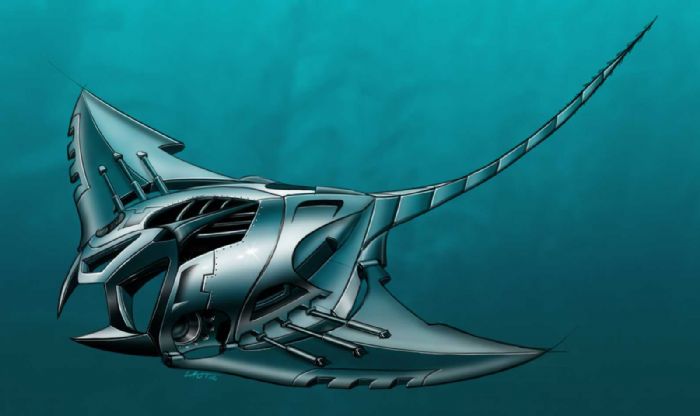 The mechanical ray is remotely controlled by researchers via computer commands. The plastic body of the vehicle contains electronics and a battery, while the flexible silicone wings contain rods and cables that expand and retract and change shape to facilitate what is essentially underwater flight.

Bart-Smith’s ultimate goal is to engineer a vehicle that would operate autonomously, and could be deployed for long periods of time to collect undersea data for scientists, or as a surveillance tool for the military. It also could be scaled up, or down, to serve as a platform carrying various payloads, such as environmental monitoring instruments. For example, it possibly could be used for pollution monitoring, such as tracking the locations of underwater oil spills.

And because the vehicle looks and behaves like a common sea creature, it likely would operate in the sea without affecting natural creatures or their habitats.

The research is funded by the Office of Naval Research through its Multidisciplinary University Research Initiative Program, the National Science Foundation and the David and Lucile Packard Foundation. 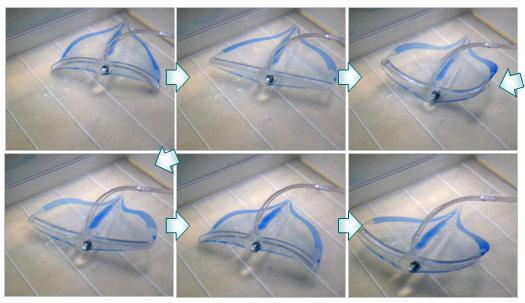