Binocular machine vision is the analog of binocular human vision. It is sometimes called stereoscopic vision. 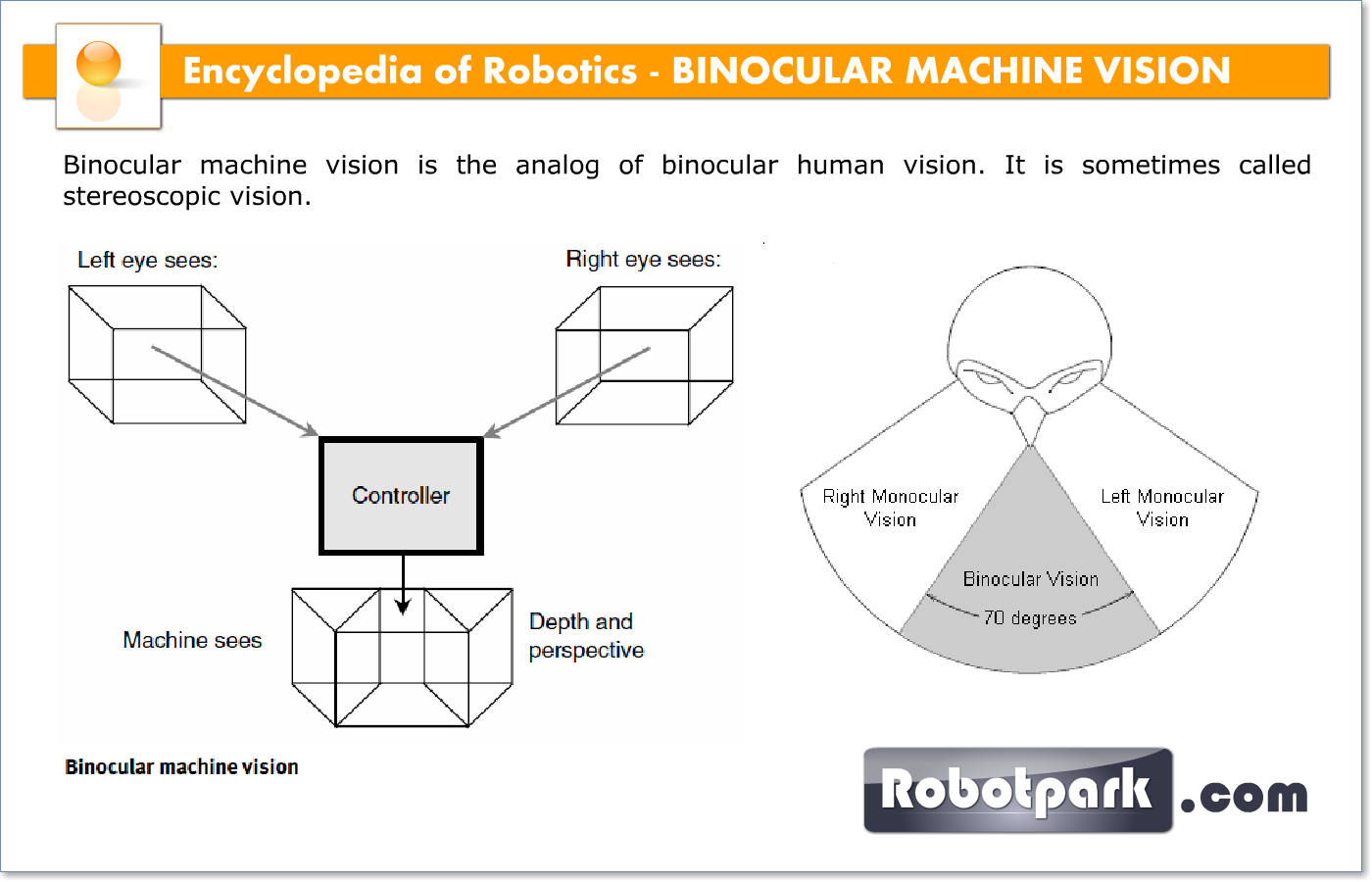 In humans, binocular vision allows perception of depth.With one eye, that is,with monocular vision, a human can infer depth to some extent on the basis of perspective. Almost everyone, however, has had the experience of being fooled when looking at a scene with one eye covered or blocked.A nearby pole and a distant tower might seem to be near each other, when in fact they are hundreds of meters apart.

In a robot, binocular vision requires a sophisticated microprocessor.The inferences that humans make, based on what the two eyes see, are exceedingly complicated. The illustration shows the basic concept for binocular machine vision.

Of primary importance for good binocular robot vision are the following:

• High-resolution visual sensors
• A sophisticated robot controller
• Programming in which the robot acts on commands, based on what it sees