A depth map, also called a range image, is a specialized form of computer map, rendered as a grayscale image of a robot’s work environment. The brightness of each pixel (picture element) in the image is proportional to the range, or radial distance, to the nearest obstruction in a specific direction.In some depth maps, the brightest pixels correspond to short range; in others, the brightest pixels correspond to long range. 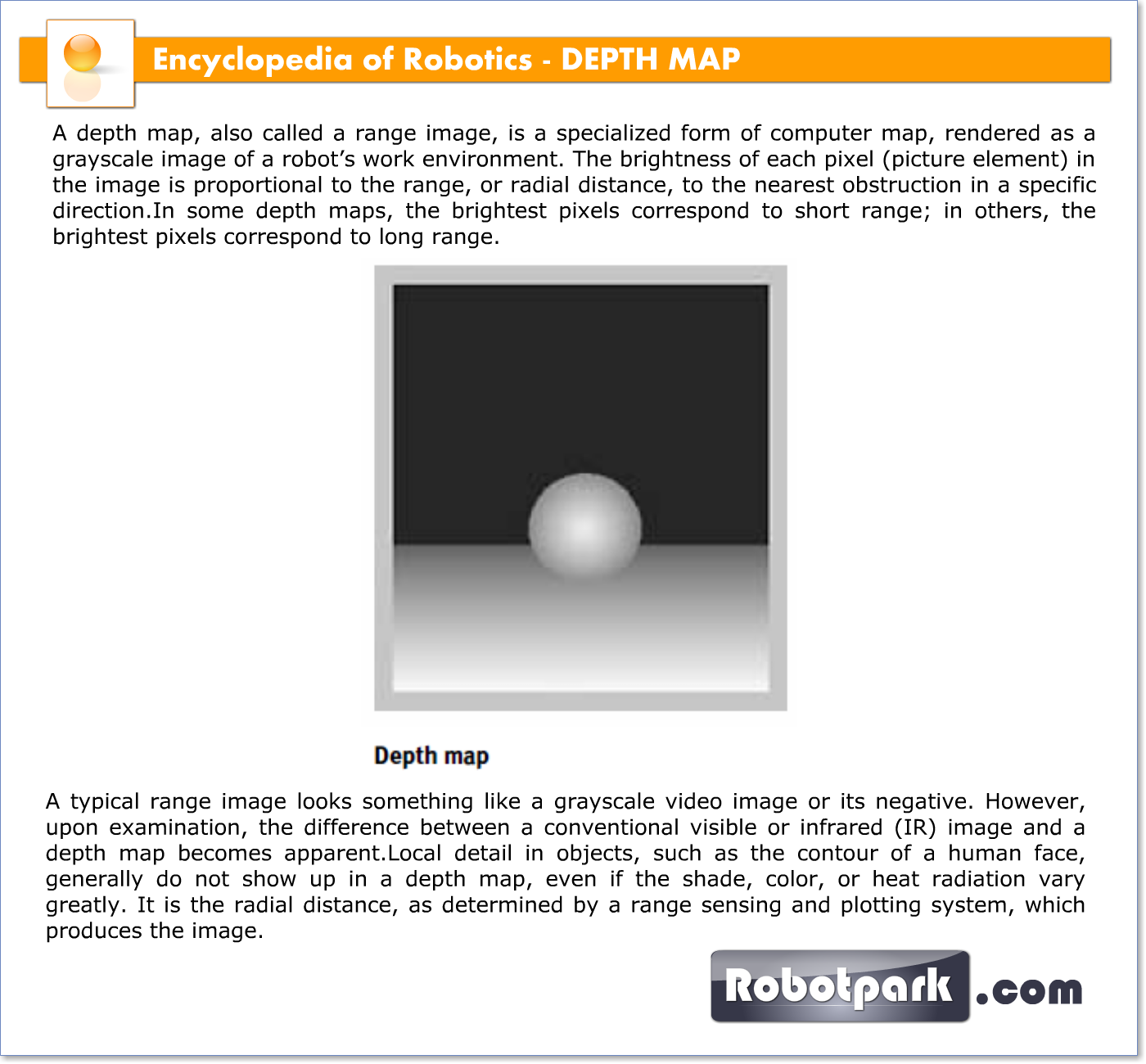 A typical range image looks something like a grayscale video image or its negative. However, upon examination, the difference between a conventional visible or infrared (IR) image and a depth map becomes apparent.Local detail in objects, such as the contour of a human face, generally do not show up in a depth map, even if the shade, color, or heat radiation vary greatly. It is the radial distance, as determined by a range sensing and plotting system, which produces the image.

Suppose a robot is navigating across a flat field or empty parking lot on which a huge ball sits. The range sensing and plotting system is programmed to produce a depth map. In the field of view of the system, the only objects that appear are the flat surface and the ball. Suppose the depth map is such that the relative brightness of the image is inversely proportional to the radial distance. The depth map looks like the rendition shown in the accompanying illustration. The color of the ball and the surface on
which it rests, and the time of day or night, do not matter; the rendition is based entirely on the range as a function of the direction in threedimensional space.