When mapping an image for use in a robotic vision system, it sometimes helps to transform the image from one type of coordinate system to another. In a log-polar transform, a computer converts an image in polar coordinates to an image in rectangular coordinates. 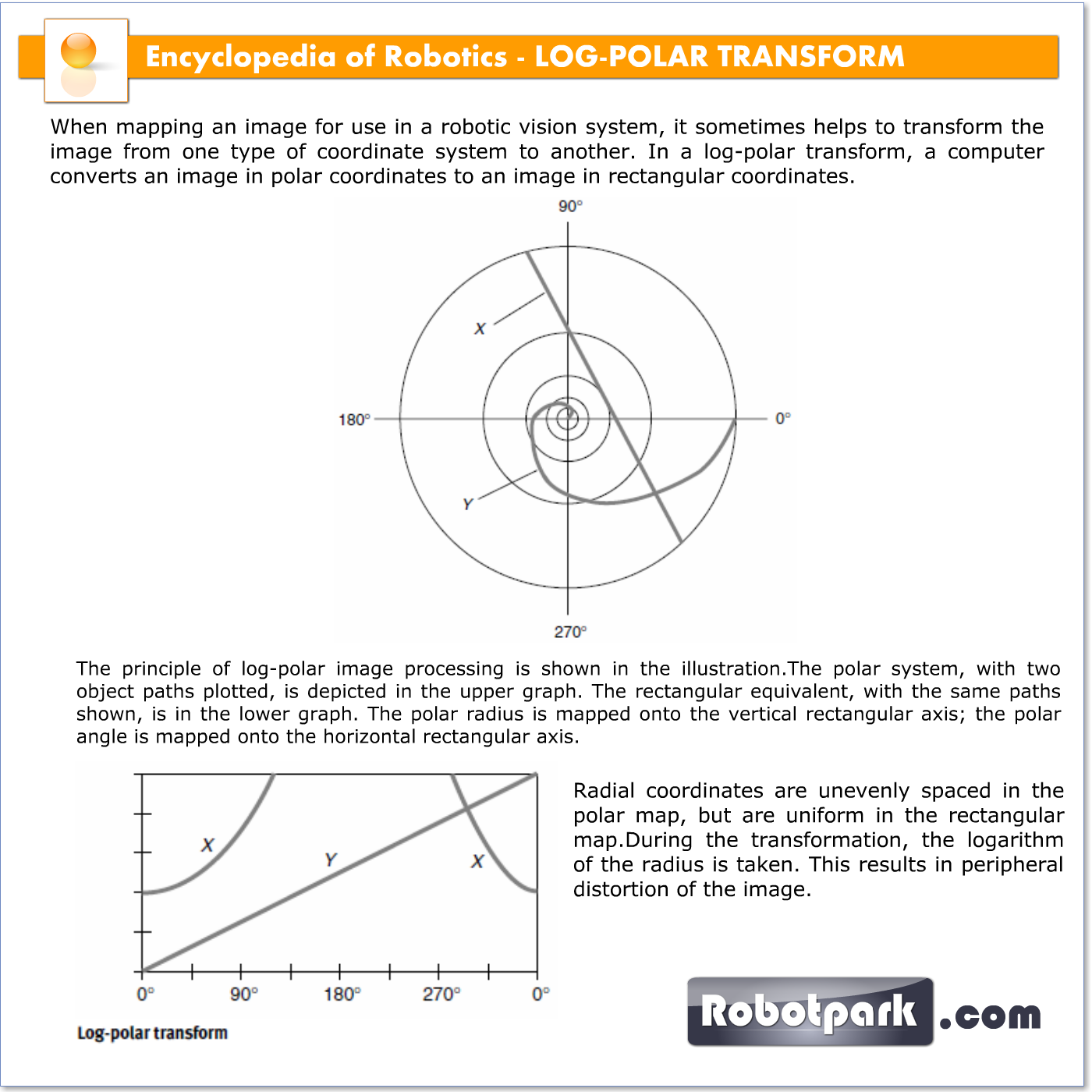 Radial coordinates are unevenly spaced in the polar map, but are uniform in the rectangular map. During the transformation, the logarithm of the radius is taken. This results in peripheral distortion of the image. The resolution is degraded for distant objects, but is improved for nearby targets. In robotic navigation, close-in objects are usually more important than distant ones, so this is a good trade-off.

A log-polar transform greatly distorts the way a scene looks to people.A computer does not have any trouble with this, because each point in the image corresponds to a unique point in real space. That is, the point mapping is a one-to-one correspondence.

Robot vision systems employ television cameras that scan in rectangular coordinates, but events in real space are of a nature better represented by polar coordinates. The log-polar transform can therefore change real-life motions and perceptions into images that can be efficiently dealt with by a robotic vision system.