A biochip is an integrated circuit (IC) fabricated with, or from, living matter by means of biological processes. The term has also been suggested for ICs manufactured using techniques that mimic the way nature puts atoms together. 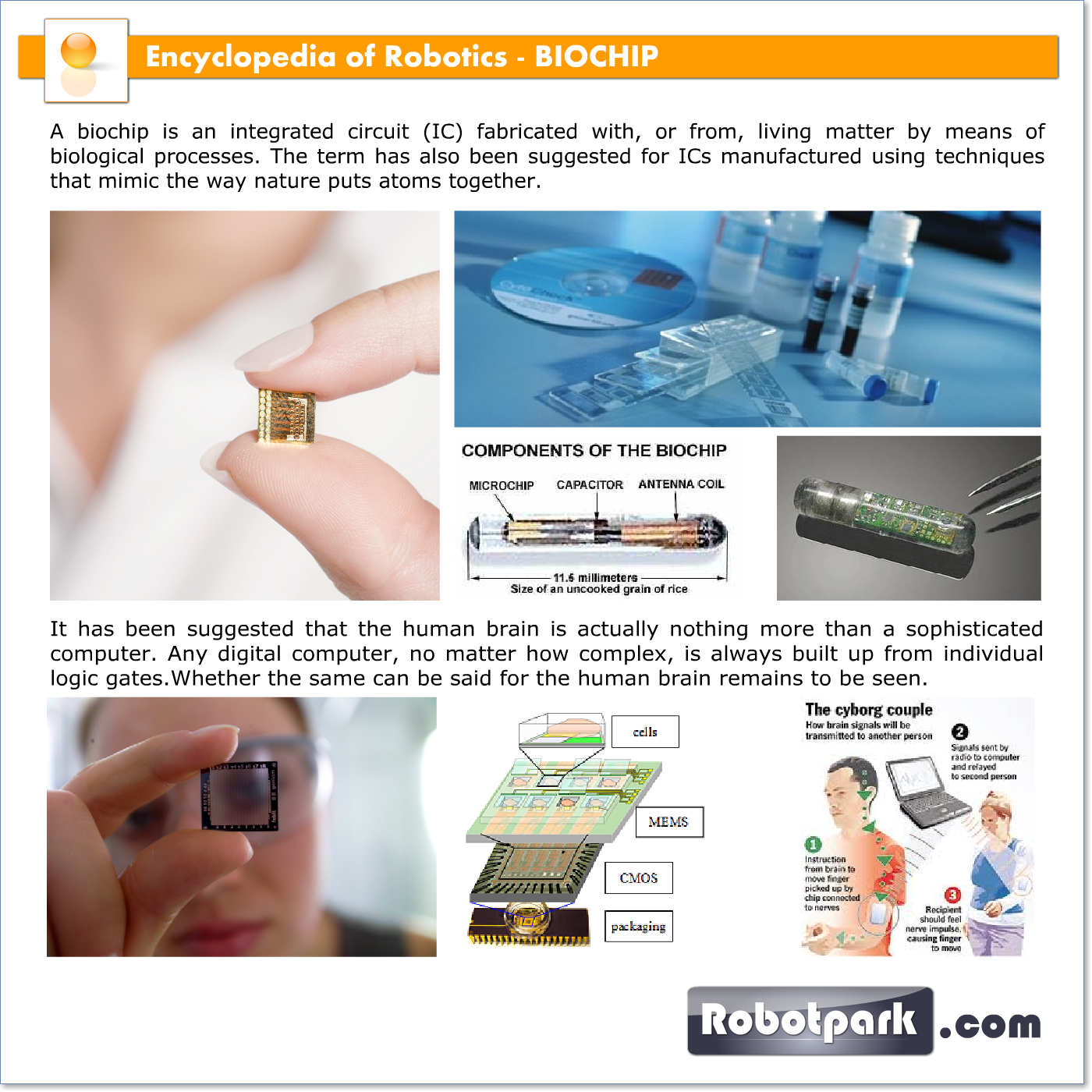 It has been suggested that the human brain is actually nothing more than a sophisticated computer. Any digital computer, no matter how complex, is always built up from individual logic gates.Whether the same can be said for the human brain remains to be seen.

Nature assembles a brain (or any other living matter) by putting protons, neutrons, and electrons together in specific, predetermined patterns. Every proton is identical to every other proton; the same is true for neutrons and electrons. The building blocks are simple. It is the way they are combined that is complicated.

Based on these premises, it is reasonable to suppose that a computer can be “grown” that is as smart as a human brain. Some researchers look at the way nature builds things to get ideas for the construction of improved ICs. The ultimate goal is a biochip that sprouts and evolves as a plant, from a specially engineered “seed.”