An android is a robot that has human form. A typical android has a rotatable head equipped with position sensors. Binocular machine vision allows the android to perceive depth, thereby locating objects anywhere within a large room. Speech recognition and speech synthesis can be included as well. Because of their quasi-human appearance, androids are especially suited for use where there are children.

There are certain mechanical problems with design of humanoid robots. Biped robots are unstable. Even three-legged designs, while more stable,are two-legged whenever one of the legs is off the ground. Humans have an innate sense of balance, but this feature is difficult to program into a machine. Thus, an android usually propels itself by means of a wheel drive or track drive in its base. Elevators can be used to allow a rolling android to get from floor to floor in a building. 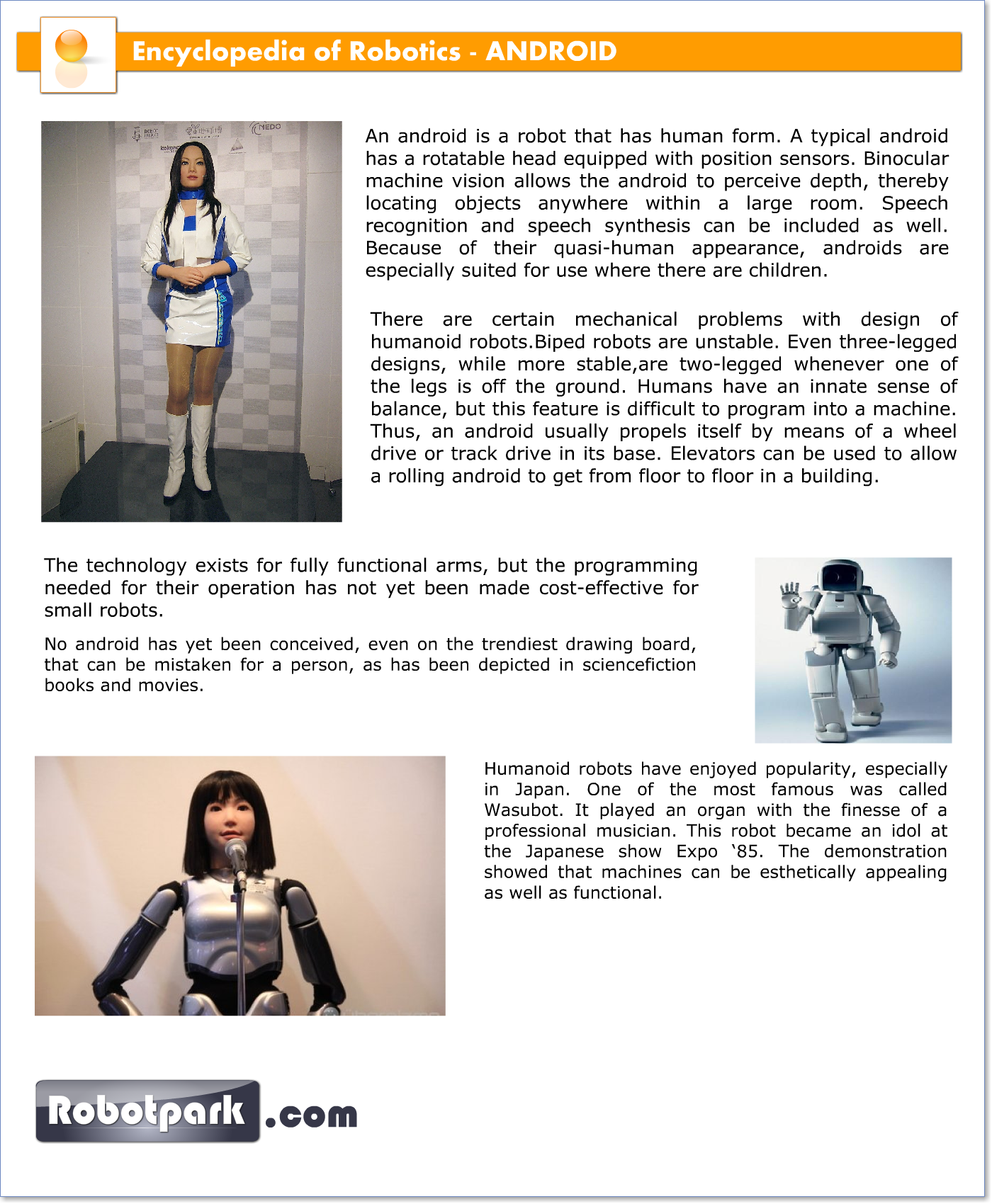 The technology exists for fully functional arms, but the programming needed for their operation has not yet been made cost-effective for small robots. No android has yet been conceived, even on the trendiest drawing board, that can be mistaken for a person, as has been depicted in sciencefiction books and movies.

Humanoid robots have enjoyed popularity, especially in Japan. One of the most famous was called Wasubot. It played an organ with the finesse of a professional musician. This robot became an idol at the Japanese show Expo ‘85. The demonstration showed that machines can be esthetically appealing as well as functional.