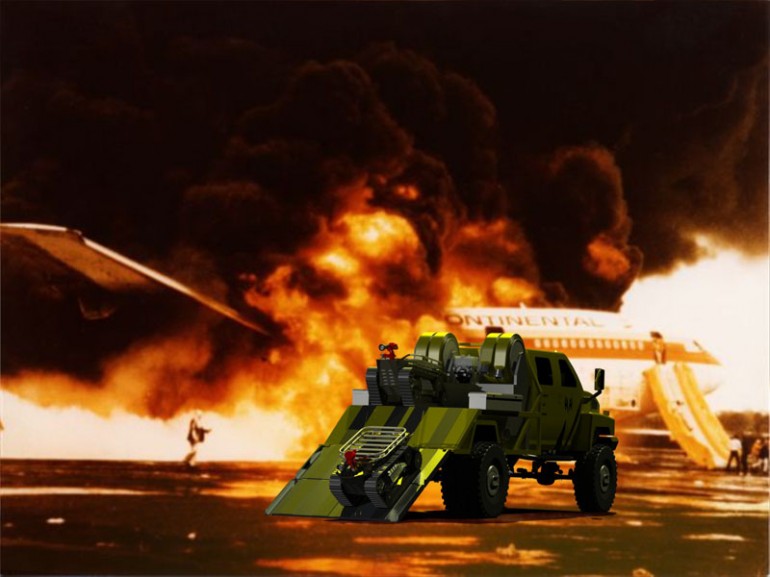 Thermite is one of the world’s first fire fighting robots designed to remove the human element from hazardous fire fighting situations. From BLEVES to chemical fires to fuel farm fires, Thermite is leading the way and defining the future of firefighting. At $96K, Thermite offers not only life saving capability but also the capability to reduce the insurance cost of fighting fires by lowering work related injurys and/or deaths.

Howe and Howe Technologies of Waterboro, Maine, has unveiled the firefighter of tomorrow called the Thermite RS1-T2. Based on technology developed for the U.S. Army, this squat little modular robot on tank treads is a small, powerful fire fighting machine that provides crews with a means for remote reconnaissance and fighting fires in hazardous areas safely.

The Thermite is designed to be used in areas of extreme hazard, such as aircraft fires, refineries, chemical plants or nuclear reactors. In fact, brothers Mike and Geoff Howe, who founded Howe and Howe, used the Fukushima nuclear disaster as an example of the kind of location where the Thermite is intended to be used. Not only is it preferable to risk a robot instead of a person, the Thermite is also immune to smoke, fumes and fatigue – the last of which is a major cause of death in firefighters by heart attack. 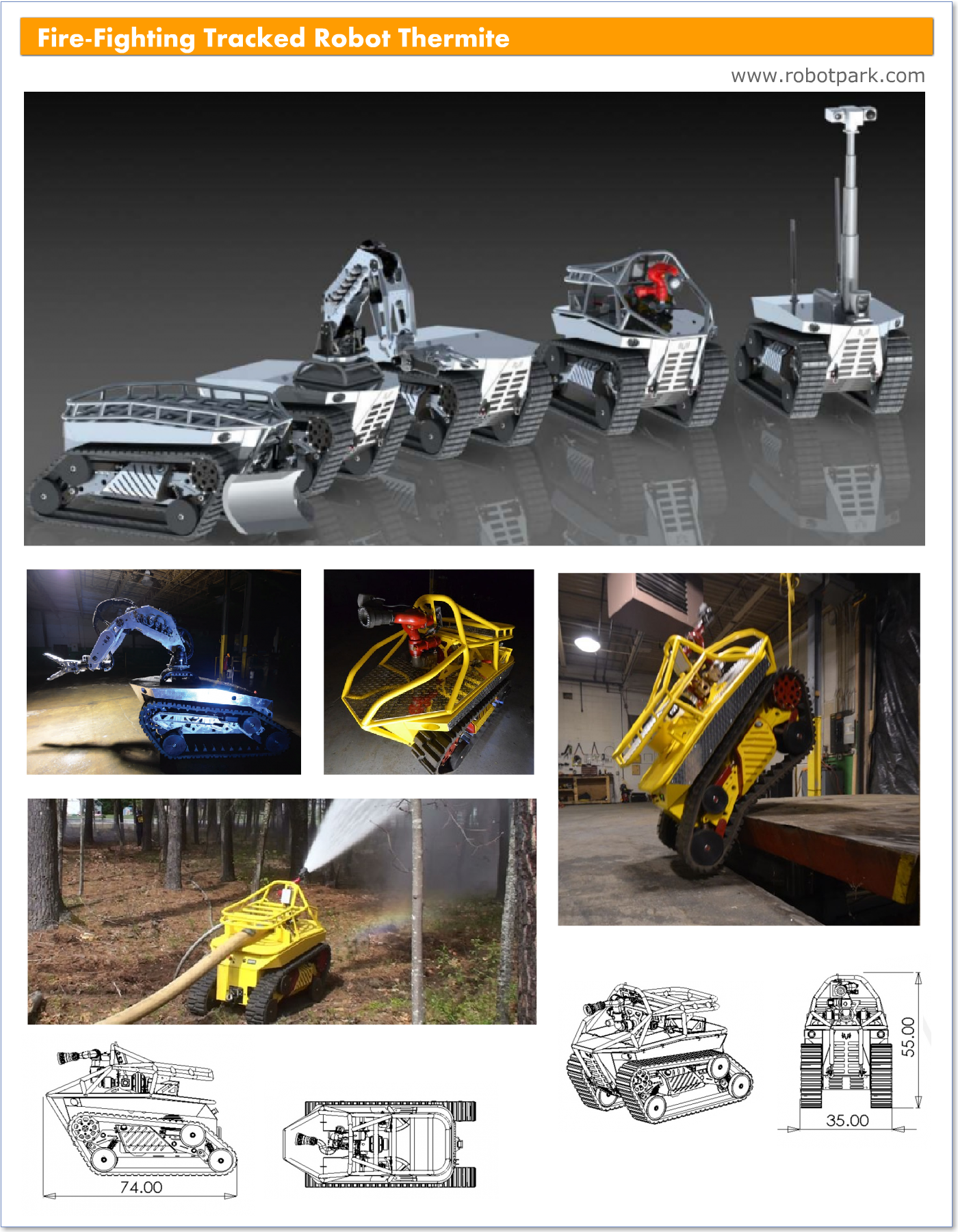 The Thermite is remote controlled and can be operated from up to a quarter of a mile (400 m) away. It’s not large, measuring only 74 inches (187.96 cm) long, 35 inches (88.9 cm) wide and 55 inches (139.7 cm) high, and weighing in at 1,640 pounds (743.89 kg). However, it’s small size is a deliberate design feature. The Howe brothers wanted the Thermite to be able to go through doorways and navigate interior spaces. Also, being small means the Thermite is easy to transport in city traffic – especially when using the company’s Bulldog fire fighting truck, which is designed to carry a pair of Thermites or similar sized robots.

It’s also powerful for its size. Its 25 bhp (18.64 kW) diesel engine can haul up to 1,270 pounds (576 kg) and its steel and aircraft-grade aluminum construction help it to traverse the most rugged of terrain and provide reconnaissance. Its main firefighting tool is a multi-directional nozzle that is backed by a pump that can deliver 600 gallons per minute (2271.25 l/min).

The Thermite is derived from the Howe and Howe RS-1 Base, which is a robot platform that can also be fitted with a robotic arm or cameras for reconnaissance, or configured as a bulldozer. By sending in a combination of robots, firefighters can not only put out fires, but also assess the situation, search for survivors and clear debris.

This is a Swiss Army knife of a robot. The question is, will its modular design make it into a versatile firefighting team or will it, like the eponymous knife, be able to do many things, but few of them well? It’s no substitute for human firefighters, but it does provide an alternative to sending people into extremely dangerous situations and with its multiple configurations it can perform a range of tasks in hazardous environments.