An input/output module, symbolized I/O, is a data link between a microprocessor and a computer’s peripherals. In robotic systems, I/O modules transfer data from the controller to the mechanical parts, or vice versa.Also, I/O modules can interconnect robot controllers, or link many robots to a central computer. 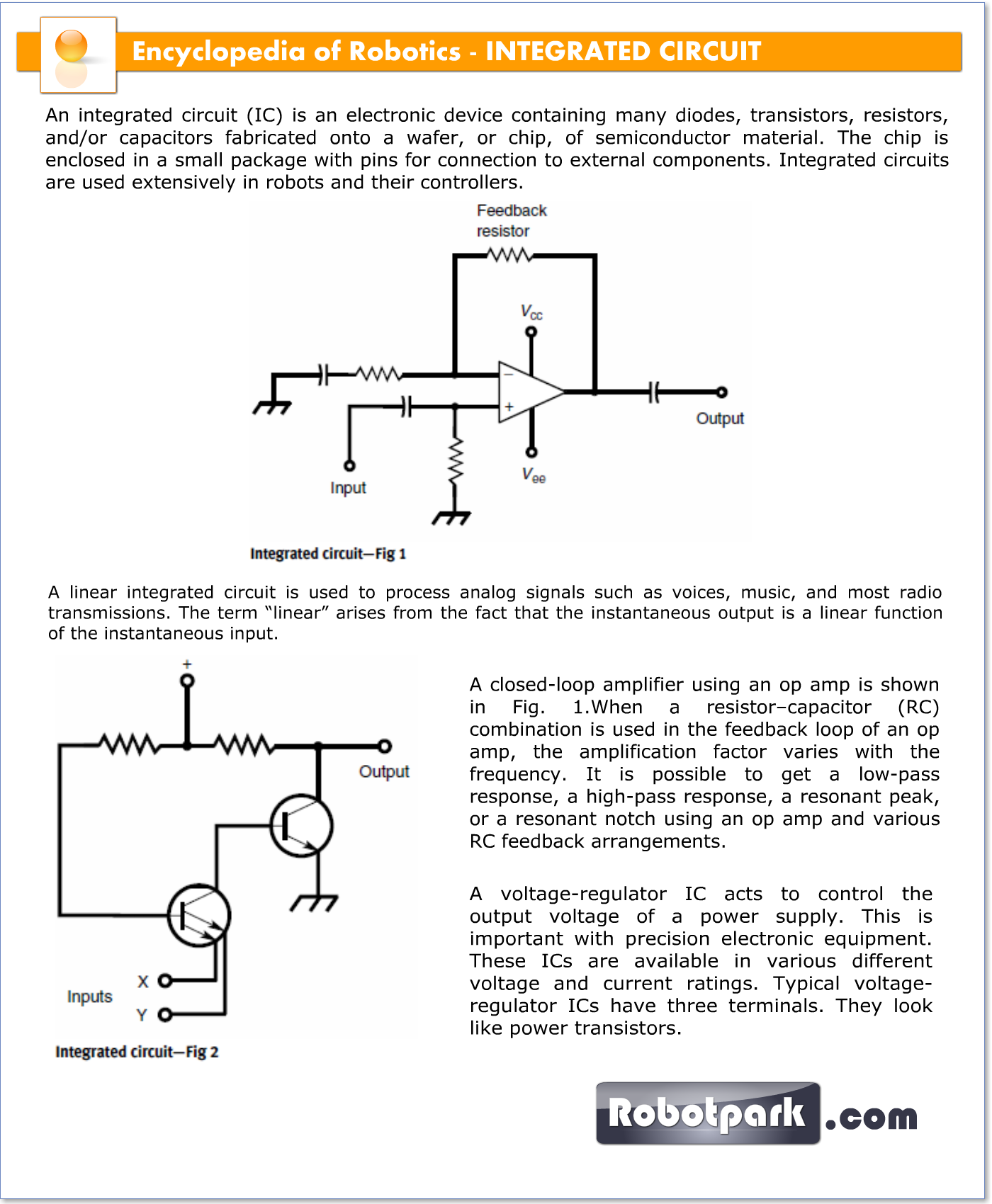 The illustration shows a hypothetical example of a situation in which I/O modules are used. Triangles marked “R” are robots; circles marked “I/O” are I/O modules. There are two separate robotic systems in this example, and their controllers are connected by an I/O module, allowing communication between the systems.

As its name suggests, an I/O circuit carries data in two directions: into and out of a microprocessor. It does both at the same time, so it is a fullduplex module.