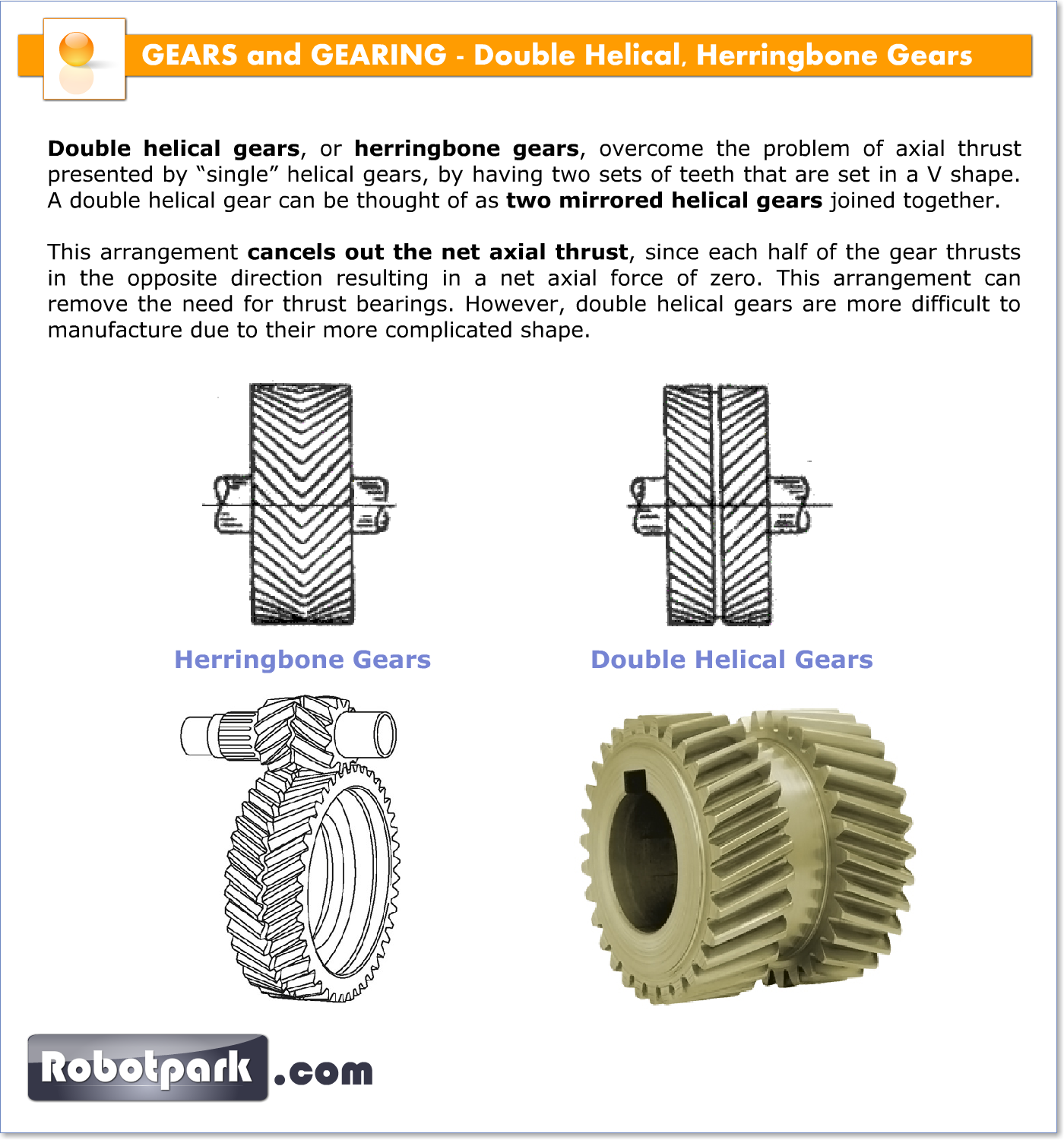 For both possible rotational directions, there exist two possible arrangements for the oppositely-oriented helical gears or gear faces. One arrangement is stable, and the other is unstable. In a stable orientation, the helical gear faces are oriented so that each axial force is directed toward the center of the gear. In an unstable orientation, both axial forces are directed away from the center of the gear. In both arrangements, the total (or net) axial force on each gear is zero when the gears are aligned correctly. If the gears become misaligned in the axial direction, the unstable arrangement will generate a net force that may lead to disassembly of the gear train, while the stable arrangement generates a net corrective force. If the direction of rotation is reversed, the direction of the axial thrusts is also reversed, so a stable configuration becomes unstable, and vice versa.

Stable double helical gears can be directly interchanged with spur gears without any need for different bearings.

The most common application usage of these gears is in the field of Power Transmission as its curved teeth allow efficient handling of high capacity power transmission. Further, these gears help in achieving reduced pulsation because of which these are used for extrusion and polymerization applications.Apart from these, some of the other uses of these Herringbone gears include :