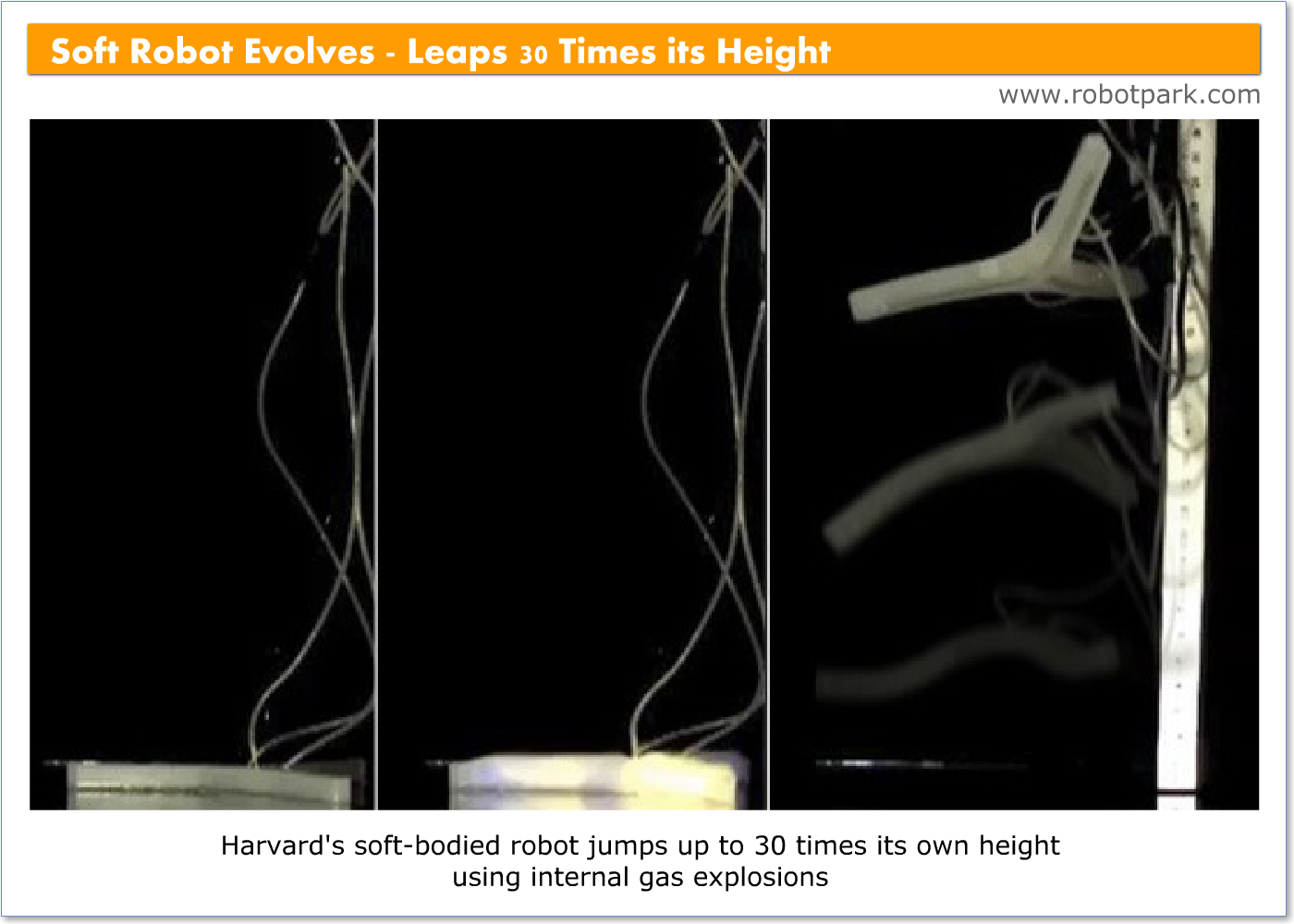 Most robots are built out of rigid materials, but a DARPA initiative to build soft-bodied robots that can squeeze into hard-to-reach places has led to the development of new types of the mechanical marvels. Harvard’s Whitesides Research Group is working on a soft-bodied solution and has produced a squishy three-legged bot that can jump 30 times its height using the power of internal explosions.

Embedded pneumatic networks in the robot – channels that course like veins throughout the robot’s elastomer body – can be inflated like balloons. In an earlier example of the technology, the Harvard team used compressed air to power a soft robotic gripper. Another of their robots was able to crawl under an obstacle, and even take on different colors by filling its veins with dye.

In the latest example, the network is fed a mixture of oxygen and methane which – when ignited with an electrical spark – results in an explosion that sends the robot flying into the air. By actuating all three legs simultaneously the team succeeded in getting the robot to leap more than 30 times its height. It’s expected that this could be doubled if the robot wasn’t hindered by its tether. You can clearly see the explosions as they happen inside the robot in the following video.