Video cameras use a form of electron tube that converts visible light into varying electric currents. One common type of camera tube is called the vidicon. The illustration is a simplified, functional, cutaway view of a vidicon.

The camera in a common videocassette recorder (VCR) uses a vidicon. Closed-circuit television systems, such as those in stores and banks, also employ vidicons. The main advantage of the vidicon is its small physical bulk; it is easy to carry around. This makes it ideal for use in mobile robots. 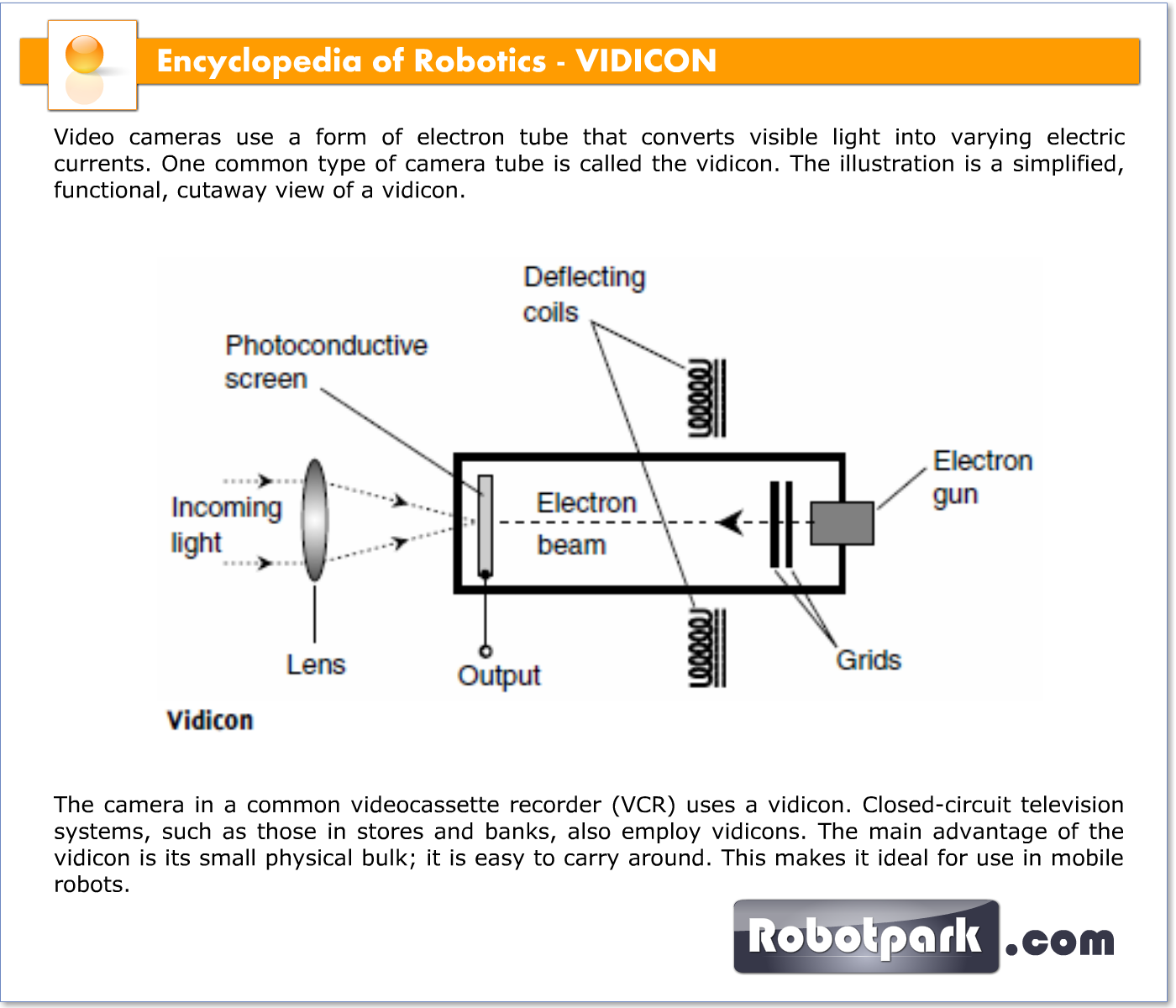 In the vidicon, a lens focuses the incoming image onto a photoconductive screen. An electron beam, generated by an electron gun, scans across the screen in a pattern of horizontal, parallel lines called the raster. As the electron beam scans the photoconductive surface, the screen becomes charged. The rate of discharge in a certain region on the screen dependson the intensity of the visible light falling on that region. The scanning in the vidicon is exactly synchronized with the scanning in the display that renders the image on the vidicon screen.

A vidicon is sensitive, so it can see things in dim light. But the dimmer the light gets, the slower the vidicon responds to changes in the image. It gets “sluggish.”This effect is noticeable when a VCR is used indoors at night. The image persistence is high under such conditions, and the resolution is comparatively low.